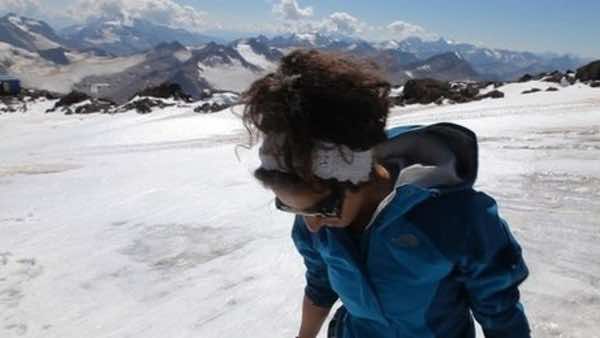 Raha Moharrak made history by becoming the first woman from Saudi Arabia to reach the world’s highest peak Mount Everest.

The 25-year-old is also considered to be the youngest Arab to climb Everest, the BBC reported on Saturday.

Moharrak is part of a four-person expedition that also includes two Arab men climbers from Qatar and Palestine, both attempting to be billed the first of their nations to reach the summit.

The expedition aims to raise one million dollars for education projects in Nepal, the BBC said.

Moharrak, originally from Jeddah, is university graduate based in Dubai, the BBC added.

On a biography posted on the expedition’s website, Moharrak said convincing her family to agree to her climb “was as great a challenge as the mountain itself.”

“I really don’t care about being the first,” she is quoted as saying. “So long as it inspires someone else to be second.”

Saudi Arabia, where Moharrak comes from, follows an ultraconservative interpretation of Shariah, or Islamic law. The Kingdom has banned sports for females in schools and sport clubs.

Earlier in May, the Saudi official press agency said that private girls’ schools are now allowed to hold sports activities in allegiance with “rule of Shariah.”

In last year’ Olympics, two Saudi females were allowed to participate for the first time wearing a modified veil agreed by Olympic officials.