Smara, Morocco - All countries of the world have the right to get rid of any individual who seem to pose a threat to their national security except Morocco. 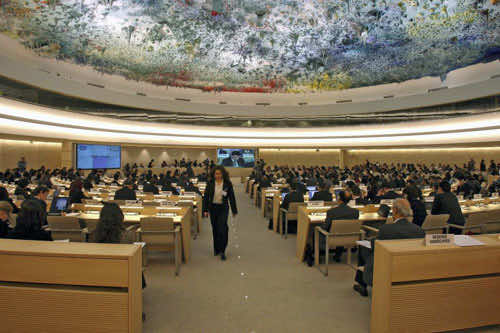 By
rachid khouya
-
Rachid Khouya is a teacher of English in Es Smara city, south of Morocco.
May 18, 2013
Spread the love

Smara, Morocco – All countries of the world have the right to get rid of any individual who seem to pose a threat to their national security except Morocco.

Spain and France, who are giving the world lessons in the respect of human rights, have the right to get rid of those they see as unwanted or undesired within their national borders. Of course, this is their right.

I think this is acceptable logic that we all agree upon. The case is no different in the fields of politics and international relations. What applies here could be applicable there too. But what should not be acceptable are the double standards and hypocrisy of some Western countries and the self-righteousness with which they treat developing countries when it comes to human rights.

They all agree that they have the right to capture, imprison, torture, kidnap, kill and dehumanize those who they see as terrorists, enemies of Western democracy, while they plot to enslave and recolonize the world. They consider these deeds as justified for the goodness of humanity and the human race, as well as to protect their values, which they see as universal.

Let’s take the example of our country—whenever Morocco tries to protect its national unity from the threats of its enemies and their repeated attempts to spread insecurity and disorder in different regions, especially in the South, human rights organizations book their plane tickets and rush to the Sahara to depict what they call “the wild violations of human rights” by the police forces.

They think that Morocco has to live and let live those who are working against our national unity and stability because this would be a good sign of respecting human rights in the kingdom.

I think we could all either be democrats and let those who threaten our national safety and peace live with us and spread their ideologies of hatred, war, violence, terrorism and fundamentalism or we should all protect our borders, citizens and humanity from those who are undermining national and international security, which is the first responsibility of our governments.

The West, supported by many Eastern countries, has attacked many countries, killed many innocent people and is still doing so in different corners of the globe in the name of human rights, peace and justice.

The West has to understand that we can either all be democrats and live with the cancer that threaten our national bodies, or we should let doctors get rid of the parts that are sick, polluted and threatening our integrity as individuals and as states.

We are not herds of foxes, dogs, or snakes to be tamed with those kinds of sticks and stones. We are all equal in humanity and we should not use and abuse our strength and leadership to punish whomever we want and forgive whomever we want. Thus, do not use the issue of human rights to tame us. We are already tamed.