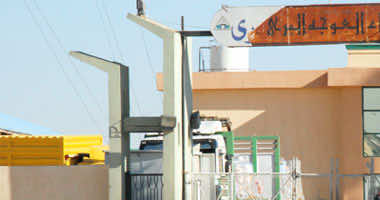 Egyptian police closed a commercial passage with Israel on Sunday in support of colleagues who shut down a crossing with Gaza to protest the abduction of policemen, state media reported.

The protesters say the commercial Al-Ouga crossing between Egypt and Israel will remain closed until three policemen and four soldiers abducted by gunmen in the Sinai peninsula are released, the official MENA news agency reported.

Police had shut down the Rafah crossing with the Palestinian Gaza Strip tothe north on Friday, a day after gunmen abducted the policemen, who worked in the crossing, and soldiers.

State media has said security officials were in talks with the abductors via local Bedouin leaders who hold sway in the restive peninsula.

A spate of hostage-taking has rocked the Sinai, which borders Israel as well as Gaza, but they usually last for no longer than 48 hours and are often carried out by Bedouin seeking the release of jailed relatives.

Such abductions have been on the rise since the 2011 uprising that toppled veteran president Hosni Mubarak.