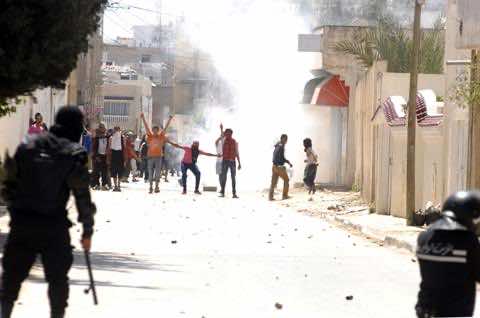 A protester was hit by gunfire and killed on Sunday in the Tunisian capital during clashes between police and hardline Islamists, a hospital official said.

Dahmani, who was born in 1986, died of gunshot wounds, Ben Ghazi said.

An interior ministry spokesman confirmed the death of a protester in comments broadcast on Hannibal TV but gave no further details.

Police and followers of the hardline Salafist movement Ansar al-Sharia clashed in Tunis and in the central city of Kairouan on Sunday after authorities banned the Islamists from holding their annual congrees.

Earlier the interior ministry said 11 policemen and three protesters were wounded in clashes in a Tunis suburb.