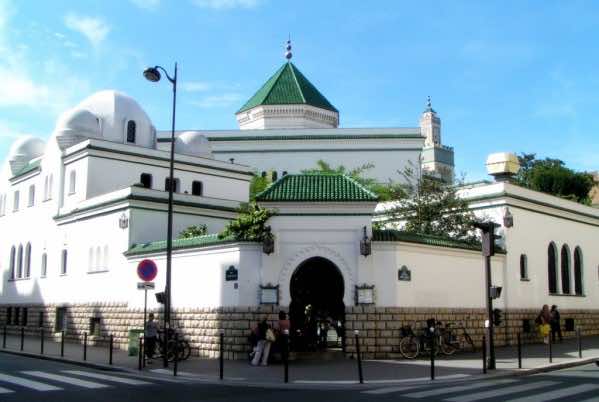 The French Council of the Muslim Faith (CFCM) condemns in the “utmost firmness the racist acts” which targeted, for the fourth time since 2012, the mosque of Limoges in the center of France Saturday, May 18, 2013.

Around 4: 40 am, the manager of the mosque found the front doors of the mosque of Limoges profaned with a red liquid resembling blood.

The central police station of Limoges told AFP that, “on-site, the staff found that the doors of the building were stained with a red liquid that clearly resembles blood. Samples were made and analyzes are underway that will confirm this hypothesis, and also whether the nature of the blood is animal or human.”

The CFCM is “deeply shocked” by the multiplication of these xenophobic acts, which target places of worship and meditation, and expressed its full support for managers and faithful of the mosques.

“Since the beginning of 2013, more than ten mosques have been desecrated with swastikas and extremists slogans,” wrote the CFCM on its official website.

In a communiqué published in their official website, the CFCM calls on all Muslims in France to stay calm against these despicable provocations and to have faith in the values that inspire the vast majority of the Muslim citizens.

A report of “l’Observatoire de l’Islamophobie” found a new increase in anti-Muslim acts in France early in 2013, a growing phenomenon that causes concern of the French Council of the Muslim Faith (CFCM).

“At least 50 anti-Muslim acts have been registered by the police and gendarmerie for the first quarter of 2013, up from 40 during the same period in 2012, an increase of 25%,” the document says.

Even though France does not have official statistics on the accurate number of Muslims living in its territory, as the law prohibits any statistics on religious criteria, Islam is considered the second largest religion after Christianity.