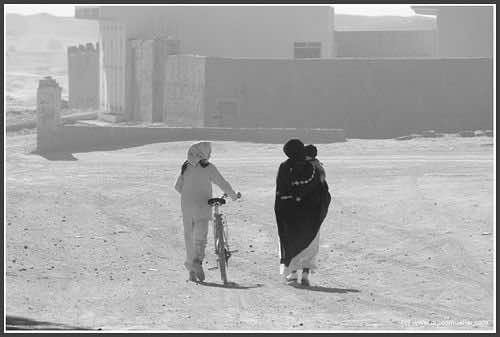 I have been told that my parents were exhilarated by the news when they heard that I was a girl as they had already been blessed with a boy. My parents are both Moroccans, and they, like all parents, raised their children in a way that follows certain social norms and beliefs which contributed to my psychological and sociological development.

Since my dad was a soldier, he was often absent because of his military service. Thus, my mother was the one to raise me for the majority of my childhood. When I was seven years old, I remembered that I glanced up in the sky to see a tiny white object flying around. I naturally did not know exactly what I was looking at. My mind was not able to observe and synthesize information the way I can now. I then quickly ran to find my mother and ask her about the unprecedented but wonderful thing I saw. As soon as my mom told me what the flying object was, I immediately decided that being a pilot was what I truly wanted to be in the future. I did not want to be anything else but that; Of course, my mother was not very satisfied with my dream. Maybe she would have been happier if I were a boy.

I imagine that the occupation I now so fervently desired did not appeal to my mother whatsoever. Thus, she deliberately introduced me to other interests and hobbies that might catch my fancy. To my mother’s disappointment, it was next to impossible to distract me from my passion for flying. I was an intransigent little girl, for the most part, that used to make supercilious remarks about everything in the house. However, I have been told that my usual serene character endeared me to almost everyone in my family. After many years of debate, my mother succeeded in convincing me that hospitality and tourism were the fields in which I would really excel. As far as our society is concerned, my mother was right because being a pilot would have undoubtedly, constrained  my life and prospective family.

According to our social and religious norms, a woman has to have an occupation that would not keep her away from her familial duties. Some  years later, there were many occasions where I had to provide assistance in our house. It was of great importance to my family that they witness how well I cooked  because, for them, this means they had instilled important skills in me that would help me later in life. Such knowledge gave me the incentive to apply for a Tourism and Hospitality school.

I was 18 years old when I passed the entrance test for the academy with great ease. However, I was also very anxious because I had to leave home and experience a new life style on my school campus. I was, in many ways, one of the best students, and my mother was very pleased and proud. Yet my family and I were compelled to correspond by letters every two weeks or so. I could read and feel my mother’s distress between the lines in every single message she  sent me. My mother’s concern and apprehension were testimonies to the fact that my family was conservative by virtue of our social and religious background. Sociologically speaking, I was the first child that left home to pursue her studies elsewhere, which was another concrete illustration of how our social values had a significant impact on my life and career. Last but not least, it was quite uncommon for a young girl to leave her home in order to pursue her own career in our society. Consequently, this made me quite the anomaly.

Three years later, I graduated from the academy with a BA degree in Hotel Management, and I still reminisce about my family’s excitement after they heard the astounding news. When I came back home for my graduation celebration, our cultural rituals shined brightly. This also offered me the opportunity to show, once again, what a great chef I had become. After many hours of conversation with my family and especially my mother, I had to confess that, without her, I would not have achieved these goals. I also expressed my fervent gratitude to my parents for the positive influence that they had on my life. I am sure that this whole story was my designed destiny. I cannot deny that I feel a hint of regret every time I get a glimpse of a jumbo jet flying in the sky.

Nevertheless, my social instincts instantly surge within and tell me that life would not have been any better if I had been something else rather than what I am now. In addition to that, I strongly believe that my mother made the right decision when she advised me to give up my former aspirations. She offered me a realistic assessment of my possibilities for happiness, and while it was difficult to accept at the time, my mother guided me in the direction I needed to go.  I am thus eternally grateful for the guidance and support that my family provided me throughout my life.