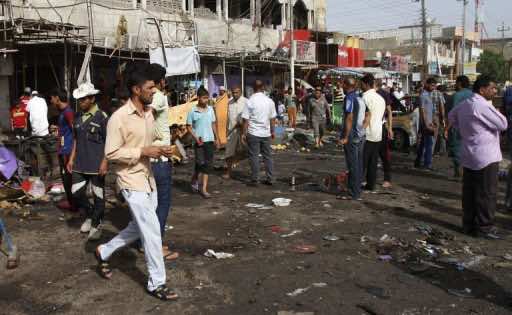 The United States condemned the bombing of two Shiite mosques in Iraq on Monday, appealing for calm amid a mounting wave of sectarian attacks.