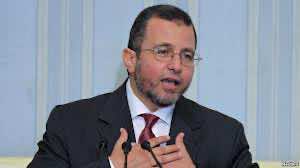 Egypt was exerting “intense efforts” on Tuesday to secure the release of seven security personnel captured in the Sinai, the prime minister said, as witnesses spoke of increased military movements in the peninsula.

“There are intense efforts on all fronts for the return of the captured conscripts safely,” Hisham Qandil said in a statement carried on the official MENA news agency.

Tensions remained high in Sinai after two attacks by gunmen on or near police camps, and the kidnap last week of three policemen and four soldiers.

Witnesses in Sinai told AFP there was increased military movement in the peninsula, as a military helicopter circled above.

Authorities have also raised the state of alert in hospitals and emergency services, MENA reported.

On Monday, the presidency said all options were on the table to secure the men’s release.

The seven were abducted at gunpoint on Thursday as they were returning from leave.

The presidency said it was not negotiating with the kidnappers, but did not rule out future talks.

“The presidency did not negotiate with criminals,” spokesman Omar Amer told reporters.

That was followed by another attack, on the Oja border crossing with Israel, which is also close to a police camp.

Attacks on police and soldiers in the sparsely populated peninsula have surged since an uprising overthrew president Hosni Mubarak in 2011, as have cross-border attacks on Israel.