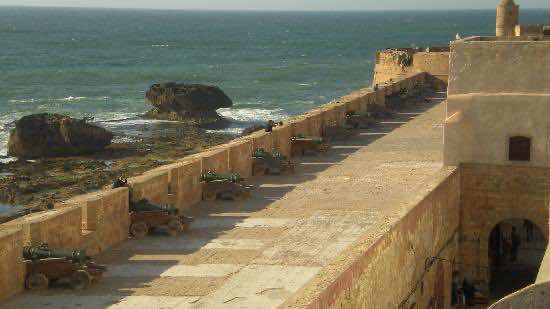 The creation of the touristic center for orientation in Smara shows that at last, after many years of waiting, the local authorities have finally woken up and opened their eyes to the importance of exploiting the natural and cultural riches of the region to create a touristic development in the region.

Undoubtedly, tourism is today considered a vital economic activity and a vector of cultural heritage. Many governments are investing in this field as it is a promoter of regional, national and international development. It is also used to fight poverty, unemployment, illiteracy, marginalization, exclusion, lack of access to health care and water.

According to a document published by the UNESCO, “Saharan tourism provides travelers with an opportunity to experience forms of remoteness and exoticism that are closely tired to the original quality of the places they visit (dunes, vast expanses and silence) or living human production activities (dwellings, cultures, arts, crafts and lifestyles) or the remnants of vestiges (engravings, paintings and ruins)”.

Al the elements mentioned above are present in Smara and in our Sahara. It is a virgin zone that offers its visitors peace of mind, security, inspiration, isolation, beauty and happiness.

They come to enjoy being in peace with themselves and to reflect about their being, their past, present and future far away from the noise of the big cities .

The Sahara and its landscape helps its visitors remember memories that were lost in the crowds of the modern life, and at the same time forget the images of war, blood and violence that they’re used to seeing on the media.

According to Bah Naama, the responsible for the newly created Touristic Center of Orientation, “this center aims to welcome the tourists and the visitors of the city and to give them all kinds of information they might need so as to enjoy their being in this city and to guide them towards the most important cultural and touristic sites to visit because when they come to Smara, they come with no ideas about where to go and what to see.”

The tourists that come to the Sahara are exceptional individuals. They come to enjoy and discover the hidden aspects of the cultural life of the region and its people in terms of oral traditions, music, food, clothes, customs, traditional games, tales, folklore and medicine as they are fed up with modern life and its negative effects on their psychological and spiritual beings.

They escape big cities and their big hotels and the noise of night clubs. They prefer to spend the nights in tents under the light of the stars and the moon and they enjoy drinking Sahara tea surrounding the fire waiting patiently for their dinners to be prepared on coal while listening to beautiful traditional local music.

But the main problem that stands in front of achieving this local development in the field of tourism is the lack of encouragement for the young investors who want to create their own projects and to participate actively in the process of development, especially with regards to infrastructure.

The only tourist camp that was designed by a young investor dates to 1997 and was built on the river of Was Sagya El Hamra. The young investor was sentenced to death though he aimed to bring groups of tourists from all over the world to the city and to take part in heightening awareness among national and international visitors to correct the stereotypes that they may have about the Sahara as a zone of war and instability.

The creator of this project is waiting for a savior to save him and his project from demise. In a statement to MWN, he said: “I started this project before I married. Now my child is thirteen years old and he is still asking when the camp will be opened.”

He added’ I wrote to the minster of tourism, the minster of justice, the local authorities but no one answers my calls and nobody seems interested in helping as there are some hidden hands who want me to surrender and leave.Which I will never do because they are against real investment. All what I want, he said, is to know who is behind closing my projects and why the court and justice is depriving me and the region form exploiting my projects.”

Tourists who come today to Smara are obliged to leave it after two or three hours, instead of staying two or three days, as there is no camp where they can spend their nights. The inhabitants of the city, especially families, are deprived from the only space where they could spend their weekends and free time taking into account that Smara is the only city where women do not go to coffees or restaurants as there are none. Thus women and children are obliged to stay confined to the walls of their houses like prisoners.

Another aspect of Saharan tourism that is not yet exploited is the sites of Rock ArtsUnfortunately, these sites are left unprotected and thus open to theft and vandalism. The site of Asli Bokarch, for instance, has been left without any protection. The man who used to protect it found himself obliged to quit as he was not paid and could no longer afford to stay in the site far from the city with no water, electricity, or food.

There is no doubt that the creation of this touristic Center of Orientation in Smara is a good step towards enhancing the cultural and the natural heritage of the Sahara. But this initiative needs a more responsible and clear approach so as to encourage the local and national tourist actors to invest in more project, to create more job opportunities and to reinforce the values of solidarity and peace in the region’.