Morocco World News
Home Highlights on Morocco Is the tension between 2M and the Islamist PJD nearing an end? 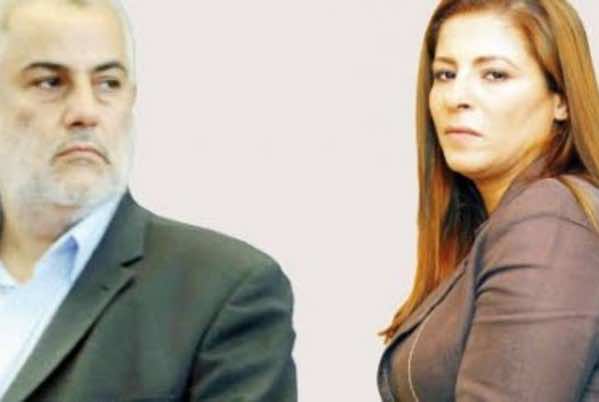 What is going on now between 2M and the Minister of Communication, Mustapha ELKHALIFI, reeks of a deep conflict that started since the arrival of the islamist Party of Justice and Development to power, a conflict that is clearly felt in each party’s statements.

2M’s director of news department, Samira Sitayl, known for her modern tendencies, has plainly and openly been against the specifications that Mustapha Elkhalfi drafted to rectify Moroccan’s public television. She argued that these specifications, instead of contributing to developing Moroccan public television, will in fact “tighten and crush the freedoms that channels needs to offer their viewers a good and up-to-the level programs”.

A source from inside the department of news states that the “ Party of Justice and Development’ deputies’ statements at the parliament, which accuse the channel of not being unbiased and subjective in its programs, are very dangerous.” The same source added that “HACA, as the highest institution of the media, would have addressed 2M if it had noticed that the latter is biased and not objective.”

The source further added that “the the Party of Justice and Development’s speech reeks of hostility and grudge, and that the party is trying to turn public mood against 2M and its journalists, a speech that 2M and all the Moroccan society should be cautious of.”

On the other hand, Mustapha Elkhalfi, the Minister of Communication, implicitly referring to 2M and its program Mubachara Maakum’s last episode, devoted to discuss the government’s decision to stop the implementation of 15 billion dirhams of investment budget, said that “the TV reports which some channels are broadcasting, are giving wrong information to the public opinion about the government’s failure in encouraging investors and reinforcing investments, and that these inaccurate reports will threaten the country’s economic stability.”

Abdssamad Hiker, a member of the Party of Justice and Development, accused the channel of being “a tool to spread discord in the country” and of acting “against Moroccan identity” and of being “at arm’s length from Morocco’s reality.”

Far away from the exchange of accusations between the two parties, we will try to offer a point of view to objectively determine whom to side with. To begin with, we will start by the following questions: Does 2M really reflect the Moroccan reality with all its aspects? Is it contributing to educate and help create generations able to be effective and active in their society? Is the Party of Justice and Development genuinely trying to reform the media pole, or is it simply striving to get nationwide popularity by these actions?

Two years ago, and especially during the Arab spring when many Moroccans rallied on the streets on February 20th to call for large-scale reforms, most analysts argued that 2M, and especially the department of news, was biased towards the official narrative and gave it insufficient coverage. Most Moroccans shifted toward foreign channels to follow what was going on at home, while 2M was busy advertising for new Mexican and Turkish soap operas.

Aljazeera was at the time Moroccan’s most reliable source of information, a shift that may leave room for foreign channels to shape Moroccan’s public mood according to their agendas. 2M could have gained widespread popularity if it had genuinely been close to Morocco’s harsh realities.

A close look at 2M’s films and programs shows the mediocrity and the alienation that it is inculcating in Moroccans’ minds. The Mexican and Turkish operas, with their dubbing into Darija, are fast invading Moroccan’s houses and minds. These shows will result in generations of mentally alienated individuals who are unable to find their places in their society. These programs will no doubt create schizophrenic generations with two opposed cultures in their mind.

The Justice and Development Party, which reaps the fruits of the Moroccans who took to the streets to demand deep and radical changes in the country’s institutions, highly relies on these reforms to honor the promises it made during its election campaign. Moroccans are yet to see these reforms.

The war between the two parties is still going on and will only be brought to an end once Moroccans decide which party to side with.