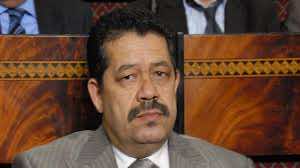 Sources close to the Moroccan daily Al Khabar revealed that the Istiqlal Party is going through an internal crisis.

A number of the IP senior members, as well as the presidency council led by the IP former secretary general, Mr. Mohammed Boussetta had requested Mohammed Chabat to reconsider his decision to quit the coalition government.

According to the same sources, a number of prominent figures in the party, including Mohammed Bousetta, Mohammed Soussi and Al Arbi Messari joined their efforts to dissuade Mohammed Chabat from enforcing the IP council decision.

Sources close to the IP revealed also that the IP leadership remains uneasy with Benkirane reluctance to examine with more interest the IP suggestions and his lack of responsiveness, while it believes that the IP cannot forsake the responsibility to lead the country in this critical juncture.

On the other hand, the IP members representing the Southern provinces are concerned that the withdrawal from the government would undermine considerably the IP prospects in the forthcoming elections to the benefit of the PJD.