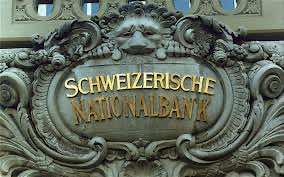 Switzerland, currently in the process of restituting assets to several former autocratic countries, is working on a new law aimed at simplifying the process of freezing and unblocking such funds, the government said Wednesday.

The law under construction would regulate “the administrative confiscation and restitution of dictator assets,” the government said in a statement.

Bern presented its pre-law proposal to parliament for consultations on Wednesday, stressing it was the first such proposal of its kind in the world.

Switzerland has been freezing the assets of dictators and restituting them to the countries in question for the past 25 years.

It blocked funds embezzled by Ferdinand Marcos of the Philippines, Sani Abacha of Nigeria and Vladimir Montesinos of Peru, and has since restituted some 1.7 billion Swiss francs (1.4 billion euros, $1.75 billion) to these countries.

At the height of the Arab Spring in early 2011, the central European country famous for its banks froze some 60 million Swiss franks linked to ousted Tunisian dictator Zine el Abidine Ben Ali, and around $700 million linked to ousted Egyptian president Hosni Mubarak.

The Alpine state also blocked 100 million Swiss francs from Libya and another 100 million from Syria.

The new law proposal includes a number of existing rules in this domain coupled with new elements aimed at simplifying the process through better cooperation and the standardisation of certain procedures.

This, Bern hopes, will help ensure that former dictators cannot recuperate frozen funds due to mistakes made in their countries’ requests for international judicial cooperation.

New leaders in formerly autocratic countries often have problems making such requests due to lack of experience, and when requests are not made correctly, Switzerland cannot proceed with blocking or restituting assets.

The new law would mandate measures aimed at helping the country of origin make its request and recuperate the frozen money, including Swiss training for authorities and legal counsel.

In a new twist, Switzerland could also provide all relevant information to the new authorities in the country of origin, including long-guarded banking details, to help them draft their request for international judicial cooperation.

The new law would also make it possible for Bern to block assets as soon as a dictator falls, and would bar Switzerland from maintaining a block for more than 10 years.

The banks managing such assets would meanwhile be obligated to immediately report the suspicious funds to the Swiss foreign ministry, or risk fines of up to 250,000 Swiss francs, according to the proposal.

While frozen in Switzerland, the funds must be managed conservatively, and any interest gains should be returned to the country in question, along with the capital, according to rules already in place.