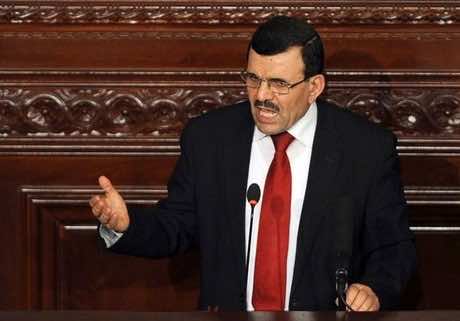 Prime Minister Ali Larayedh said on Thursday that Tunisia is making progress in its bid to dismantle “terrorist” cells despite the presence in the country of armed groups and recent clashes with Islamists.

“There is progress in dismantling the terrorist networks. We are confronted by small groups who practice terrorism and have links to terrorist parties,” Larayedh told a news conference.

“We will continue to pursue them and all people who practice violence or have links with the terrorists.”

But Larayedh acknowledged that the hunt for an armed group linked to al-Qaida along the Algerian border, which began in late April, was still taking place.

“Our units continue their search operations at Mount Chaambi and there is nothing new about this,” he said.

Larayedh declined to label as “terrorists” the Islamist group Ansar al-Sharia that has been linked with al-Qaida and with which police clashed last week.

“This is an illegal organization, and some of its leaders are involved in terrorism,” said the premier, a member of Tunisia’s moderate Islamist party Ennahda.

“I have not yet said that Ansar al-Sharia is a terrorist organization… it must quickly issue a statement clearly condemning violence and terrorism,” he added.

Police and supporters of Ansar al-Sharia clashed on Sunday after the authorities banned the Islamist group from staging its annual congress.

Ansar al-Sharia had called for all Muslims to demonstrate on Friday in front of Ennahda’s offices in the central city of Kairouan because of the arrest of its spokesman, Seifeddine Rais.

But it called off the protest after Rais was released.

Ansar al-Sharia is considered to be the most radical of the extremist groups to have emerged in Tunisia since the country’s 2011 revolution kick-started the Arab Spring.