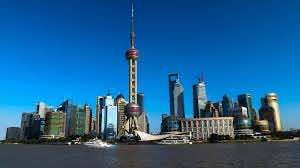 More than 40 major companies interested in investing in Morocco’s are expected to visit the Moroccan investment roadshown co-organized by the Moroccan Investment Development Agency and the Financial Times paper this May 28 and 30, respectively in Shanghai and Mumbai.

The initiative seeks to enhance the status of Morocco as a destination for international investments, and strengthen the confidence of economic and financial decision-makers around the world in the country’s potentials, a statement of the Moroccan agency says.

Panels organized on this occasion will be moderated by the Financial Times correspondents in the visited countries in the presence of industry, trade and new technologies minister, Abdelkader Amara.

The program features a discussion on the potential of Morocco as a competitive platform to access European markets, Africa and the United States, thanks to the free trade agreements signed by the Kingdom.

According to the same source, the co-sponsorship of a reference business media is likely to attract major decision-makers to this tour that will also include later this year six other major cities: Milan, Sao Paulo, New York, Frankfurt, Seoul and Tokyo.