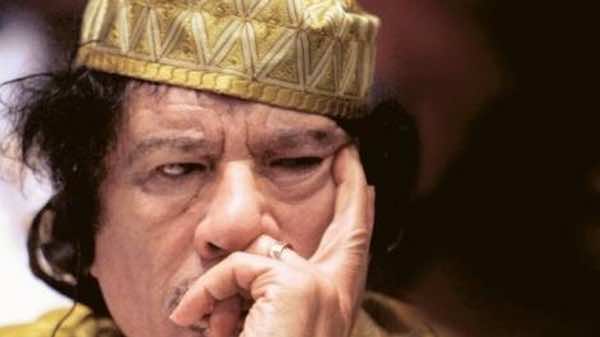 Although they have become known for their brutal reigns and the political chokehold of their respective countries, these state-leaders have displayed some unusual behavior in the past.

From building revolving gold statutes, to asking the queen of England if she “wanted a real man,” here are a few comical snapshots of men the media has largely come to refer to as dictators.

Like many strongmen, Turkmenistan’s president-for-life Saparmurat Niyazov, who died in 2006, had a flair for self-promotion, however, it’s fair to say he took it further than most.

For starters, he had a 50ft, gold-plated statue built of himself, which revolved to continuously face the sun. Additionally, he had an ice palace built in his capital city and a lake in the desert.

His cult of personality was completed with the naming of cities, the month of January, a theme park and a crater on the moon, after himself.

He wrote a book on the history of Turkmenistan, which he then made compulsory for school and university students. Citizens could not obtain a driving licence without first passing a test on his book, according to The Associated Press.

The Ugandan dictator, who died in 2003, invited the Queen to come to Uganda if she “wanted a real man,” according to The Guardian.

He was also obsessed with Scotland, after declaring himself king of Scotland, he wrote to the Queen in 1975: “I would like you to arrange for me to visit Scotland, Ireland and Wales to meet the heads of revolutionary movements fighting against your imperialist oppression.”

He also gave his sons Scottish clan names, according to The Associated Press.

After he was toppled from power, it became clear that former Iraq’s Saddam had a rather strange taste in art.

His palaces were found to be adorned with huge fantasy murals, featuring naked maidens menaced by dragons and trolls, and warriors wrestling monsters, according to The Associated Press.

Qaddafi kept a cadre of about 30 women as his personal bodyguards. Known as his Amazonian guard, the troop was kept by his side since the early 1970s, according to The Washington Post.

Other seemingly strange habits include an obsession with former U.S. Secretary of State, Condoleezza Rice. Among the items uncovered by Libyan rebels at Qaddafi’s Tripoli compound was an album filled with photos of Rice.

According to a series of leaked emails, published by The Guardian last year, the embattled Syrian president, who is currently residing over a civil war, has a pop-tinged taste in music.

According to The Guardian’s leaks, his iTunes shopping list includes; Look at Me Now by Chris Brown featuring Lil Wayne, Hurt by Leona Lewis and A Tribute to Cliff Richard by 21st Century Christmas.