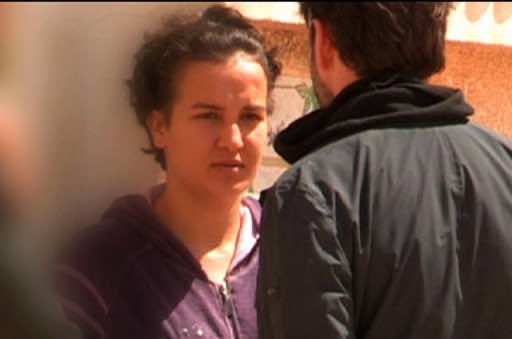 A young Tunisian women’s rights activist, who was arrested at the weekend while protesting against hardline Islamists, has been charged with possessing pepper spray, her lawyer said on Thursday.

The 18-year-old, known by the pseudonym Amina Tyler, who sparked controversy in March by posting topless pictures of herself online, has been summoned to appear in court next Thursday, lawyer Mokhtar Janene said.

The pepper spray charge carries a maximum sentence of six months in prison.

An investigating magistrate is also considering pressing a charge of desecrating a cemetery, which carries a sentence of up to two years in prison, Janene added.

Tyler was arrested in the central city of Kairouan on Sunday as she protested against Salafist movement Ansar al-Sharia’s plans to hold a congress in defiance of a government ban.

In the end, security forces enforced the ban, sparking clashes with police in a Salafist stronghold in the suburbs of Tunis in which one person was killed.

In videos posted on the Internet, Tyler was seen having painted the word “Femen” on a wall near the Kairouan mosque which was to have been the venue for the gathering.

“Our society is Muslim and we do not accept this marginal behaviour,” he said on Monday.

In a country where hardline Islamists have become increasingly active since its January 2011 revolution, her actions have been in support of Ukrainian women’s topless protest group Femen.

She sparked both scandal and a wave of online support after she was threatened by Salafists for posting pictures of herself on Facebook, bare-breasted.