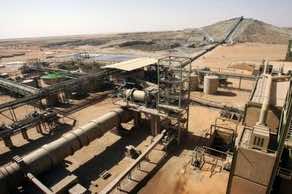 Islamist militants staged twin suicide car bombings on an army base and a French-run uranium mine in Niger on Thursday, killing at least 20 people and taking several trainee officers hostage in the impoverished west African state.

An Islamist group claimed the attacks as revenge against the country’s involvement in France’s offensive against militants in neighbouring Mali.

They come just four months after Al-Qaeda linked militants seized a desert gas plant in neighbouring Algeria in a siege that left 38 hostages dead, also in retaliation against the intervention in Mali.

The Movement for Oneness and Jihad in West Africa (MUJAO), one of the Islamist groups which seized control of northern Mali last year before being driven out by French-led troops, claimed the near simultaneous bombings at the Agadez army base and the French majority-owned uranium mine in northern Arlit.

“Thanks to Allah, we have carried out two operations against the enemies of Islam in Niger,” MUJAO spokesman Abu Walid Sahraoui told AFP.

“We attacked France and Niger for its cooperation with France in the war against sharia (Islamic law).”

French President Francois Hollande vowed to help Niger “destroy” the militants and said France would back “all the efforts of Niger to stop the hostage situation” at the army base.

“We will not intervene in Niger as we did in Mali, but we have the same willingness to cooperate to fight against terrorism,” he said.

The first car bomb went off at dawn at the army base in Agadez, the largest city in mostly desert northern Niger.

Eighteen soldiers and a civilian were killed along with four attackers at the army base, Interior Minister Abdou Labo said.

“A fifth bomber has locked himself up in an office with several trainee officers as hostages (at Agadez),” Labo said. “We are taking action to arrest the bomber and free the hostages.”

About 30 minutes after the first attack, a suicide bomber blew up an explosives-laden four-by-four at the Somair uranium mine and processing facility as employees reported for work at the site, which is majority-owned by France’s Areva.

Areva said one person was killed at the mine located some 250 kilometres (150 miles) north of Agadez, but did not identify the victim. It added that 14 others were wounded.

Labo said however that around 50 people were wounded at the mine, adding that almost all of the victims were security agents.

Agadez resident Barka Sofa said he heard a strong explosion outside the army base followed by heavy weapons fire, while a local journalist reported heavy damage inside the camp.

“All the streets of Agadez are blocked. The army is sweeping the city,” Sofa added.

At the mine, an employee told AFP that “a man in military uniform driving a four-by-four packed with explosives mixed in with the Somair workers and blew up his vehicle in front of the power station at the uranium treatment facility.”

“Company managers told us the suicide bomber was killed in the explosion,” he said.

A source at Areva in Niamey added that “the damage had forced the closure” of the uranium plant.

Areva, the world’s second-largest uranium producer, condemned the blast as a “terrorist attack” on its website and said Nigerien authorities had stepped up security measures at its facilities.

Islamist groups have carried out several kidnappings in Niger in recent years, especially in the north.

Areva’s Arlit operation has been targeted by Islamist groups before. In September 2010, seven employees of Areva and a subcontractor were abducted by Al-Qaeda in the Islamic Maghreb (AQIM) at the site. Four Frenchmen are still being held by their kidnappers.

Areva extracts more than a third of its uranium Niger and has operated there for more than 40 years.

The European Union as well as Algeria, which suffered its own deadly attack by Islamists at a gas plant in January, both strongly condemned the Niger bombings.

The Niger government has declared three days of mourning for the victims.  Niger is part of the African-led Support Mission to Mali (AFISMA), a regional military mission launched to help reclaim northern Mali from AQIM and two allied Islamist groups that seized the vast desert territory in the chaotic aftermath of a March 2012 military coup.

French troops have so far led the operation against the Islamists, which was launched in January and has pushed the radicals from the territory they had brutally ruled.