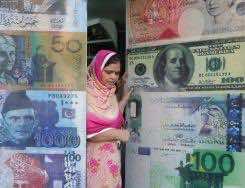 The world economy should start to make a weak recovery this year, but the United Nations said Thursday that Japan faces “risks” with its pump-priming spending and saw no end to Europe’s unemployment agony.

The UN revised downward its forecast for the world economy to 2.3% growth this year, followed by 3.1% in 2014. It had previously predicted a 2.4% rise in global gross domestic product (GDP) this year and 3.2% for next year.

The UN World Economic Situation and Prospects report said a recovery would start in the second half of 2013 as the US economy improves.

But it said “several key risks and uncertainties remain, and, if not mitigated, could derail global growth again.”

The UN said the economy in the European Union’s euro area would shrink by 0.4% this year and make a modest recovery to 1.1% growth next year. Africa was predicted to see 5.0% growth this year and 5.4% next year.

For every country and region, the growth prediction has been shaved back because of doubts about tactics being used for recovery.

“The main priority for policy makers worldwide should therefore be to support a robust and balanced global recovery, with a focus on promoting job creation,” said the report.

The measures “could help reverse the country’s economic weakness, but they also entail certain risks and uncertainties” as seen in the major fall in the yen in recent months.

The report predicted a short-term boost for Japan, but added that the measures may “create heightened medium term uncertainties regarding the sustainability of public debt.”

“Western Europe remains mired in either recession or at best extremely low growth” held back by fiscal austerity, said the UN.

With unemployment already above 25% in Greece and Spain, the average for the 17 countries that use the euro currency hit a high of 12.1% in the first quarter this year and the UN said it would rise to 12.8% in 2014.

It added that the euro area debt crisis “remains a major risk factor for the world economy although recent policy actions have lowered some of the short-term risks.”

The report also said “significant uncertainties” remain for the US economy if the US Congress fails to raise the government’s debt ceiling and spending cuts which started this year are extended and expanded.

It added that the US unemployment rate has fallen but remains high and predicted the rate would fall slightly to average 7.0% through 2014.

China’s economy has “shifted to a lower growth trajectory”, while other export oriented economies in Asia should see “a mild recovery”.

“While the baseline forecast projects growth to stabilize between 7.0%-8.0% in the coming years, the possibility of a slowdown to 5.0% cannot be ruled out,” said the report, highlighting risks from high property prices, banking problems and a lack of transparency in local government debt.