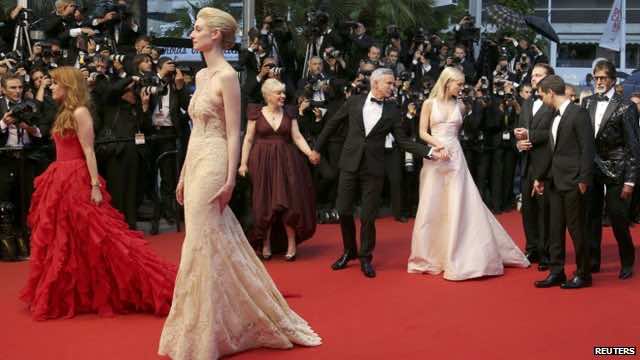 Thieves have made off with a diamond necklace worth 2 million euros ($2.6 million) made by Switzerland’s De Grisogono in the second jewellery theft at this year’s Cannes Film Festival, the company said.

The heist took place during a gala evening Tuesday organised by the jeweller and attended by, among others, Paris Hilton and Sharon Stone.

“Unfortunately, after the end of the festivities, Grisogono employees discovered that a necklace of high value, which was part of the collection launched during the evening, had disappeared despite the security measures in place which included 80 security agents and police,” said the Swiss jeweller.

A police source estimated the catalogue price of the necklace at 1.9 million euros.

This year’s Cannes festival has been plagued by a series of thefts, including the spectacular heist last Friday of a million euros worth of jewellery from a hotel room occupied by an American employee of Swiss jewellery-maker Chopard.

Police said they were investigating a complaint filed by De Grisogono and that the necklace had gone missing in the resort town of Antibes near Cannes.

At least two apartments rented by film executives have also been burgled during the festival, with thieves taking cash, jewellery and other personal items.