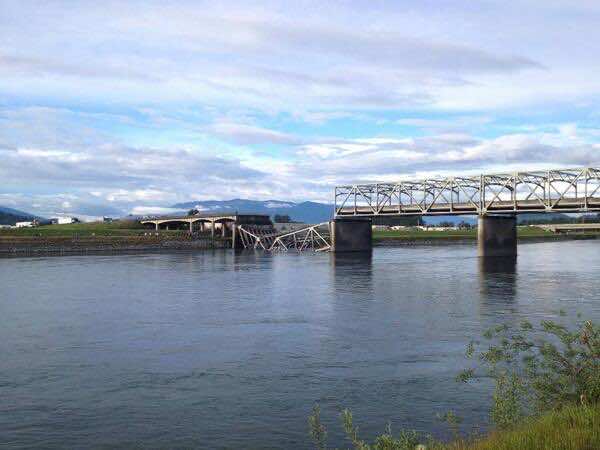 According to KIRO-TV, the Interstate 5 Skagit River Bridge in Washington state collapsed on Thursday evening.

The number of injured or dead is still not confirmed, but two cars with people inside are believed to be in the water, according to the Associated Press.

Both north and southbound lanes of the interstate were affected, the Huffington Post reported according to the Washington State Patrol.

Statistics made available by the Department of Transportation (DOT) in 2007  showed that 160,000 American bridges are rated “structurally deficient” or “functionally obsolete,” and many don’t have proper warning signs restricting weight loads.