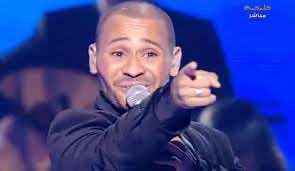 The Moroccan Mohammed Rifi, a young Moroccan singer with very special voice, was named the winner of the Arabic version of the Xfactor.

Rifi, also called by the Emirati singer HusseinEl Jasmi, the volcano of the Green March, was announced the winner of the TV show singing competition late Friday.

During the last episodes of the competition, the Moroccan competitor enchanted millions of fans all over the Arabic world with his powerful voice.

The jury described his voice as “incredibly amazing” after performing many classical Arabic songs with distinguished talent.

Speaking of his merited nomination Mohammed Rifi said: “you can’t imagine how happy I am, and I dedicate this win to my country, the king and all the people who stood by me”, expressing his gratitude to Hussein El Jasmi, his coach.