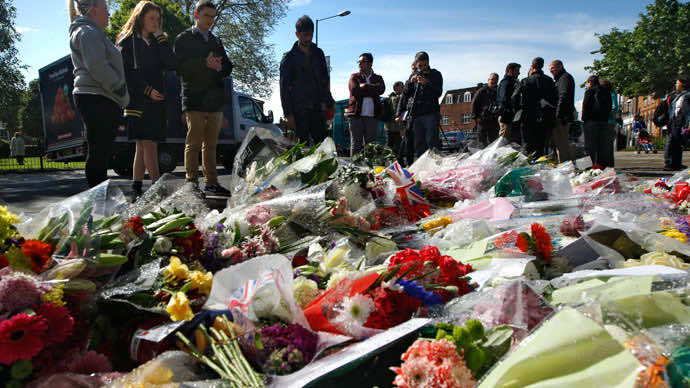 It seems that hard times are awaiting the Muslim community in the United Kingdom, after those of 2007 as a result of the terrorist attacks that occurred in London’s subway in July the same year.

Immediately after the heinous crime committed on Wednesday by an alleged extremist against a British soldier in clear daylight, a new wave of Islamophobia is targeting the Muslim minority in the country.

According to the British newspaper The Independent, “ Islamophobic hate crimes are running at more than 10 times their usual rate, with more than 140 reported to a government-backed hotline in the 48 hours since the Woolwich killing”.

The Muslim community in the Britain has condemned the barbaric crime in the strongest terms. A number of Muslims flocked to social media to express their outrage at seeing a murderer claiming to slaughter an innocent in the name of Islam.

“The horrific attack in Woolwich had nothing to do with Islam and everything to do with the scum who say they do this in the name of Islam,” wrote one Facebook user, Imran Khan, as reported by The Independent.

“It’s a minority like you, who give Muslims like me who work hard to build interfaith relationships, a bad name. You are a disgrace to Islam,” said for her part Tameena Hussain, another Facebook user.

The Muslim Council of Britain issued a statement in which it expressed its unequivocal condemnation of the crime.

“This is a truly barbaric act that has no basis in Islam and we condemn this unreservedly. Our thoughts are with the victim and his family,” it said.

After saying that the murder shows that Britain is “at war” with Islamic extremism, the English Defence League is planning to stage a protest on Saturday Newcastle where, as well as another demonstration next Monday in central London.

Jumping on this opportunity to capitalize on Wednesday’s murder and boost his electoral base, the British National Party leader, Nick Griffin, called on his followers to stand “United against Muslim terror.”