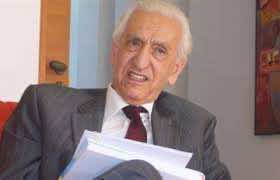 Algeria’s Socialist Forces Front elected a collegial leadership on Saturday to replace Hocine Ait Ahmed, who was too ill to attend the congress of the party he founded 50 years ago, an organiser said.

The FFS, which holds 27 seats in the 462-member National Assembly, elected the five-member directorate on the final day of a three-day congress.

Ait Ahmed, 86, is the sole surviving member of the nationalist leadership that launched the war for independence from French colonial rule in 1954. He announced in December that he would step down as party leader at this week’s congress.