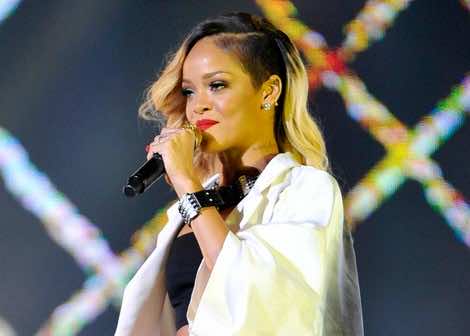 150.000 people gathered yesterday in OLM Souissi from all over the nation to watch Rihanna’s concert, for what it appeared to be the most eagerly-awaited performance of Mawazine’s twelfth edition.

Guess who’s back in Morocco? People could read on the picture’s caption Rihanna posted on Instagram only a couple of hours before the international superstar went on stage, posing against a wall made of carved wood in the purest Moroccan tradition. 10pm, more than 150.000 people gathered for what it appeared to be the most eagerly-awaited concert of Mawazine’s twelfth edition, setting a record in participation.

Many remember Mariah Carey’s poor performance last year, predicted by a delay of two hours, so when the clock ticked past 10:45 with no Rihanna in sight, the worst was expected. But this is Riri we are talking about, and the princess knew how to make it up to her audience.

As soon as she appeared on stage, screaming “It’s been 5 years, I missed you Morocco” (in reference of her 2008 concert in Casablanca) her delay was half-forgiven. Cause if yesterday’s concert was certainly not a performance we will never forget, let’s say that it was quite satisfying, visually tricked-out with several video screens, fire-pots and lasers, and stimulating with sinuous dancers, a sturdy band and in the middle of all, Rihanna stunning in a sexy black outfit.

The opening act began by “Mother Mary”, a feature of her last album, followed by three groovier songs “Phresh Out of The Runway”, “Birthday Cake”. But it was only after she performed “Talk That Talk” that people started dancing and actually getting in the mood.

The second section was 100% Reggae, including “You Da One”, “No love Allowed” then focusing on some of her most successful material like “Rude Boy” and “Man down”. The latter songs were personalized and accompanied with videos showing colorful tags, matching every title’s ambiance.

The tone was finally set, and we could see people dancing, singing and having a real good time. The section was followed by a lurching hodgepodge of some of her most popular songs (and people favorites) such as “S&M”, “What’s My Name”, “Don’t Stop The Music”, “Where have you been” and the classic “Umbrella”. People were on fire and the songs’ performance almost flawless.

Saving the best for last, Rihanna belted her two Top 10 Billboard songs “Stay” and “Diamonds” for a powerful conclusion. “Thank you Morocco for making this night so special” she said.

More than her exquisite singing and dancing, Rihanna’s attitude seemed to be her real gift yesterday. At only 25 years old, she can boast of an enviable career that has led to success after success over seven years. And yesterday, she can boast of offering Mawazine an outstanding opening, sending her audience with a big smile on their faces, and setting the bar quite high for Jessie J today.