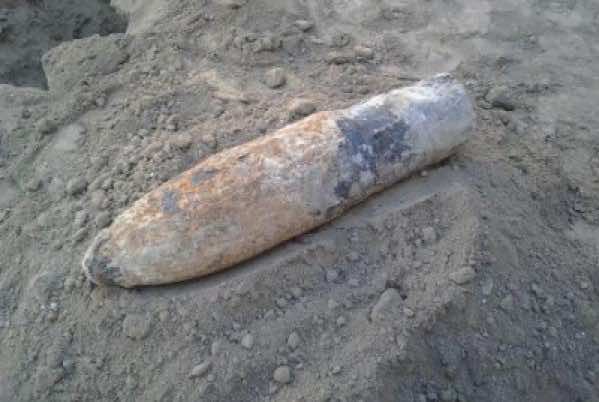 Morocco World News sources reported on Saturday that local citizens in Ktama found earlier this week an undamaged colonial bomb in one of the forests nearby Douar Wahchiyat, 19 km from Ktama centre in northern Morocco.

The sources who witnessed the event confirmed that the bomb dates back to the colonial era and the resistance wars in the region. The bomb was clearly emblazoned with the date of 1912 and the weight of 12 kg.

Our sources added that Ktama local authorities (some 130 km south Al-Hoceima) along with gendarmerie officials rushed to the spot immediately after receiving the news and carried the bomb to Ktama centre. However, after contacting high officials in Rabat, gendarmerie officials were commanded to take the bomb back to where it was found. The place was strictly guarded around the clock until the arrival of a commission on board a military vehicle the following day. The colonial bomb was eventually taken away to Rabat.

According to residents of Douar Wahchiyat in the Rif region, bombs of different sizes and shapes are commonly found by the local population. Children often take these bombs and detonate them using fire. The same sources affirmed that the Rif Mountains are still full of such live remnants of war used by the Spanish/ French colonizers against the Rif armed resistance positioned along the rural mountainous areas.

The north of Morocco was under Spanish rule from 1912 to 1956 when the country recovered it independence. During that period Spain entered in bloody wars to subdue the Moroccan resistance, sometimes resorting to toxic gas.