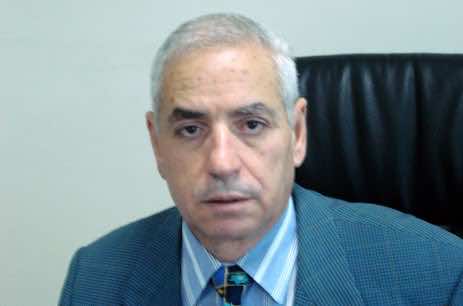 Definition on the concept

The concept of reading is a conscious act which involves the identification of a set of symbols and signs and the association of meaning to them. Reading presupposes knowledge of the language as well as its writing.

In the act of reading a word is first spotted. Then visualised, then identified, then, articulated loudly or silently, then a meaning is given to it and finally a mental image of the concept is formed. The mental image in question is an internal visualisation of the concept which, unlike the other stages, is an approximate operation.

The process of reading presupposes certain psycho-sensor motor functions such as:

Concepts are represented by words and to read a word is to comprehend the notions and the thought that it embodies.

In fact any breakdown in communication between two individuals can be, in general, attributed to a defective interpretation or comprehension of a given set of lexical items. Sometimes also comprehension does not occur because intelligence reacts by default to attribution of certain meanings to a given set of words such as the famous sentence:

For linguists, obviously, this sentence is correct grammatically speaking but it does not read right because it does not make sense. Therefore, intelligence of the speaker-hearer tends to discard it and declare it nonsensical.

b. Certain mechanisms located in the occipital area of the brain because any lesion in this particular area leads to word blindness (alexia)

c. Perception of conventional forms or symbols or codes which are laid out in the shape of letters. This perception is normally visual (it is tactile in the process of reading Braille alphabet).

Experiments conducted years ago have shown quite clearly that in the act of reading the eye sweeps over the material discontinuously, pausing at irregular intervals according to the difficulty of deciphering or understanding, and taking into consideration the purpose sought after (reading for pleasure or reading for work). Recent experiments using a tachistoscope (a device used to flash on a screen sentences so fast that the eye is not given enough time to see the words and register them) have shown that reading can be achieved by merely getting a glimpse of certain elements of the sentence or the general shape of words, as for the rest it is constructed y intellectual activity working and prospecting by means of acquired automatisms.

There are hundreds of approaches to teaching reading, but as for methods only two have proved their efficiency: the phonematic method and the global method.

This method was developed by Ovide Decroby in 1925 who was inspired by the works of Edward Claparede (who coined the word syncretism to define the perception of the child) and Jean Piaget. This is achieved by teaching first complete words and sentences, and then proceeding at a later stage to analytic decomposition gradually.

Problems related to the learning of reading: dyslexia

In 1917, Hinshelwood proposed the lexical term dyslexia to designate inability to learn to read among children who have no sensorial handicap (dimness of sight: amblyopia), no intellectual handicap, no problem with language and articulation, no motor problem (normal ability of movement) and no psychological problem.

All in all, dyslexia seems to be problem related specifically to the learning of reading. It generally results in dysgraphia and various inhibitions of intellectual and emotional nature (such as the phobia of reading, the phobia of going to school, inferiority complex or the feeling of guilt).

Speed-reading:  what lies in the future?

After the introduction of the fast food business by the Americans, the Japanese doubled their efforts to improve on another kind of fast food but this time it had to do with the intellect: reading.

At a time when speed and time-saving have become the occupation of the developed world, it is only normal that research be undertaken to improve reading habits so that people can learn fast, read fast and cope efficiently with the amount of work that necessitated reading on a daily basis, i.e. reading for work.

Research in the area of speed-reading was initiated in the U.S.A and Europe almost thirty years ago but the concept itself dates back to the time of Napoleon. However, though the idea reached Japan only a few decades ago, yet in this little time great advance has been achieved in this field.

This remarkable achievement was spearheaded by the “Japanese Association for Speed-Reading” (JASR) headquartered in Yokohama.

The Japanese, trained in this remarkable technique, can read up to 60 or 70 times faster than normal. Indeed, in front of the cameras of N.H.K. (Japanese National Television) Miki Kasi, a 14 year old girl, proved to the world what speed-reading is all about. She was able to read a book of 200 pages in a minute, and to prove that she had not flipped through; she narrated the story to the bewilderment of everyone present.

The aim is not to go faster than the eye; the eye is super fast. It takes 0.3 second for an image to be processed by the brain. It is comprehension which is slow. In the classical method of speed-reading, the reader comprehends what he reads; therefore, he can go faster than a given pace. Our method is different. The reader does not understand what he reads, it is his eye which registers pages and confines them to memory for storage. Comprehension does take place only later when the information is retrieved by the memory.

Motoki Yoshimoto goes on to say that:

The potentialities of human brain are incredible. They are a million time superior to the most advanced computers and this is so particularly because of the richness of the alpha waves.

The alpha waves are the waves transmitted by the brain in the stage of relaxation, meditation or the unwinding phase preceding sleep. When in alpha waves condition, the brain is in full receptivity: everything gets printed on it and memory becomes a “blotting-paper”.

At the school of Yokohama, at the initial stage, the beginner reader learns to relax and to have his brain in the state of alpha waves according to the “tanden” method which involves deep and silent breathing. This method enables the brain to receive a maximum of oxygen and sets it to rest. An electroencephalogram connected to a computer shows on a screen the slow substitution process of alpha waves into beta waves. When the screen signals a majority of alpha waves of second degree (there are degrees) the brain is in the best possible condition for the next exercise which is concentration.

At this stage with a kind of “Vacuum-set” brain, the reader is taught to concentrate on a black spot on a piece of paper to register it, then two black spots, then several, then he is taught to run quickly through these spots with his eyes from left to right, then top to bottom and diagonally without altering the slow pace of his breathing. After this exercise, the learner is taught to do the same thing with words this time, and little by little he learns to run fast through words and allow the brain to record them for later retrieval for the purpose of comprehension.

If this method is ever generalised and people are introduced to it, and initiated in ways to make maximum use of it in their daily life, it would certainly be considered one of the major breakthroughs of the 21st century in education and related fields.