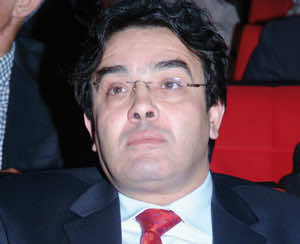 The leaders of the Socialist Union of Popular Forces (USFP), the Labour Party and the Socialist Party claimed they had a duty to combat intolerance, narrow-mindedness and “the rhetoric of despair” spread by conservative elements “hostile to democratic institutions”.

Speaking at a joint news conference in Rabat on Wednesday (May 22nd), the leftist party chiefs said that the recidivist policies pushed by the conservatives were undermining “democratic and socialist aspirations” in the kingdom.

The effort to unify the political left was necessary because of “what is happening in Morocco”, USFP First Secretary Driss Lachguer said.

“Through this front, we can counter outdated, backward and conservative views,” he said.

The goal of the new left-wing alliance is to create a strong modernist political party which will campaign for a democratic and open society, Labour Party Secretary-General Abdelkrim Benatiq added.

Given that a conservative movement is trying to gain control over society, he said, the new bloc looks to thwart narrow thinking and a return to the past.

But according to political analyst Jamal Farhane, any left-wing alliance should include all socialist parties.

“The disintegration of the socialist family has been weakening the political left in Morocco for years. It is by coming together that the left can make a mark on the political stage, make its voice heard and restore its former good image in the eyes of the public,” he said.

Farhane cautioned, however, that any challenge to the conservative movement would be difficult, given that civil liberties in Morocco have remained untouched since the Justice and Development Party (PJD) government took power.

“The prime minister has repeatedly underlined that civil liberties would always be respected. For eighteen months, the PJD has been trying to avoid doing anything that could spark criticism of it in this regard,” he said.

Citizens, meanwhile, said that the move to create a left-wing alliance would clarify the political spectrum for voters.

“Morocco needs a modernist movement and a conservative one, which will compete on the basis of manifestos and lively public debates,” student Samira Hajji told Magharebia.

“In the end, it will be up to the public to decide,” she added.