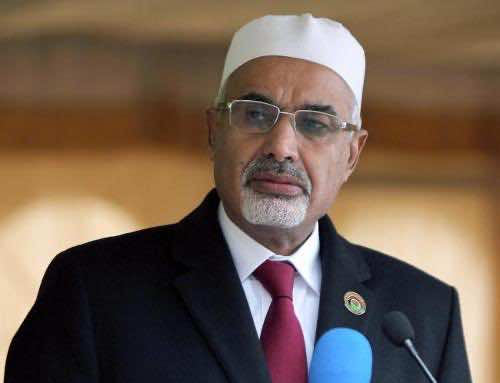 The president of Libya’s highest political body will resign on Tuesday after a law was passed banning those who served under the ousted regime of late dictator Muammar Gaddafi, an aide said on Monday.

Mohamed Al-Megaryef “will on Tuesday evening submit his resignation before members of the General National Congress,” one of his advisers told AFP, speaking on condition of anonymity.

“The members of the General National Congress will elect a new president in the coming days,” the adviser said, but without elaborating on the reasons for Megaryef’s planned resignation.

However, the news of his expected resignation comes after the Libyan assembly on May 5 passed a controversial law banning officials who have served under Gaddafi between September 1, 1969 and the fall of his regime in October 2011.

Megaryef was Libya’s ambassador to India in the 1980s.

The law was adopted under pressure from armed groups demanding the ouster of former regime officials from current political office. The law comes into force on June 5.