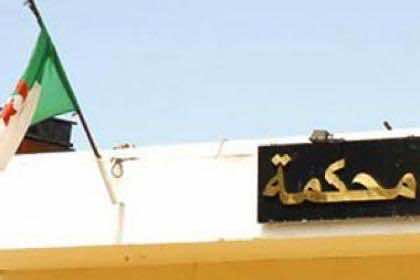 Thirteen people, including dual nationality French-Algerians, went on trial in Algiers on Monday accused of kidnapping Algerian children and selling them for adoption in France.

The case first emerged in 2009 and the prosecution alleges the defendants kidnapped an unknown number of children and transported them to the French city of Saint-Etienne, where they were adopted for a fee.

Seven of the accused appeared in court for the start of the trial, which has been repeatedly delayed, but none of the French suspects of Algerian origin living in Saint-Etienne were present.

“There was no appropriation of children,” said Allel Boutouili, the lawyer of the main suspect, Dr Khelifa Hanouti, who has been in jail since March 2009.

“The only woman on whom the entire investigation rests has said that her twins, Ahlem and Katia, were kidnapped and sold to a couple living in France,” Boutouili told AFP.

But according to documents in his possession, the lawyer said the two girls, who were born in 1997, were adopted by a woman living in Algiers.

Dr Hanouti is accused of illegally transferring children abroad with the help of a notary, who is charged with falsifying “disclaimer documents,” signed by single mothers.

The investigation into the case was first launched after a young woman died in 2009 during an abortion at a clinic in the Algiers suburb of Ain Taya that belonged to the main suspect.

Boutouili said his client had initially been prosecuted for performing illegal abortions but this charge was finally dropped.

Dr Hanouti had been convicted on the same charge in 2002, and handed a two-year jail sentence, of which he served nine months before being freed.

Abortion is a crime in Algeria and women patients risk two years in prison, while doctors can be jailed for up to five.

“The other accused, Boualem Ibari, who lives in Saint-Etienne, adopted two boys from the Ain Taya nursery, according to Algerian procedures,” the lawyer said.

“He was even authorised by the court of Rouiba (near Ain Taya) to change their names and take them out of Algeria on his passport,” he added.

Hamid Touliba, another lawyer for Dr Hanouti, said “all the adoptions in this case took place according to the law, with authentic documents, and none of the biological mothers filing a complaint.”

The charges of those on trial include criminal conspiracy, transporting children with premeditation, forgery and impersonation.