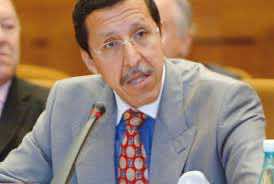 Morocco has called the international community to take urgent action to end violence in Syria and find a political settlement to the crisis in this Arab country.

The international community should not remain inactive. It is its duty to act rapidly to end violence and find a political and peace settlement to the crisis, said Morocco’s permanent delegate to the UN in Geneva, Mohamed Hilale, during a general debate of the human rights council.

The Moroccan diplomat underlined that Morocco shares the concerns of the UN high commissioner for human rights, Mme Navi Pillay, regarding the upsurge of violence in Syria, voicing regret that the monitoring team did not have access to Syria.

He also converged with the UN high commissioner as to the vital role of non-governmental organizations in promoting and protecting human rights, stressing that measures taken to reduce effects of the world economic crisis have a direct impact on basic rights such as the right to health, to education, to food and decent housing.

These measures, he went on, are affecting mostly vulnerable populations, such as migrant workers, stressing the need to abide by international obligations in times of crisis.

The UN human rights council opened on Monday its 23rd session that will look into over 100 thematic reports, including the report of the international investigation commission on Syria.