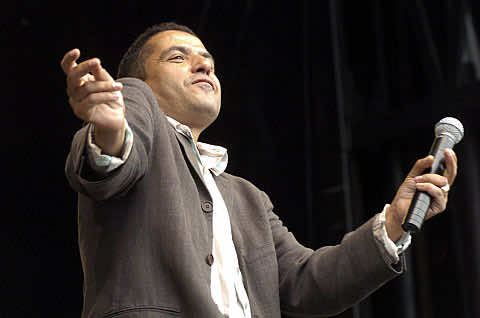 Cheb Mami, “Prince of Rai”, masterfully managed in his comeback on the Moroccan scene to attract more than 120,000 spectators to his concert on Monday night at the Mawazine Festival held in Rabat.

“Before 120.000 festival goers, Cheb Mami has given a flawless show, fusing all genres, from folk to rap, to reggae, dance and flamenco,” stated the organizers of the event.

“For an hour and a half, the group delivered an outstanding show, characterized by the quality of their freestyle, the depth of their lyrics and the freshness of their melodies,” said representatives of the organizing committee of the festival.

Rihanna’s concert record is still unbeaten so far. The international diva has smashed Mawazine Festival’s attendance record, after attracting 150,000 fans to her concert.