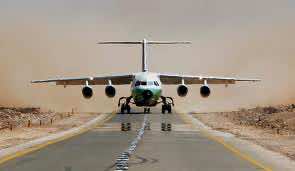 Armed militiamen on Tuesday blocked a key road leading to an airport in southern Libya to protest against the alleged abduction in Tripoli of their commander, an official said.

Al-Lachi al-Mahdi, a member of the Toubou tribe, was reportedly kidnapped in the capital on Monday, said Adam Dazi, a council member in the town of Sebha where the airport is located.

“The militiamen blocked the main road leading to the airport to press the government to free their commander,” he said.

The Toubou tribe accuses the government of implication in the abduction. But the interior ministry denied any involvement in the disappearance of Mahdi, who reportedly went missing after checking into a hotel in the capital.

He is also a member of the Toubou tribe whose members have had deadly run-ins with other tribes in the country’s south since the revolt.

Libya has been plagued by a security breakdown since the uprising, with abductions and other crimes taking place frequently in the North African nation, where the new government is still unable to control the former rebels who overthrew Kadhafi.