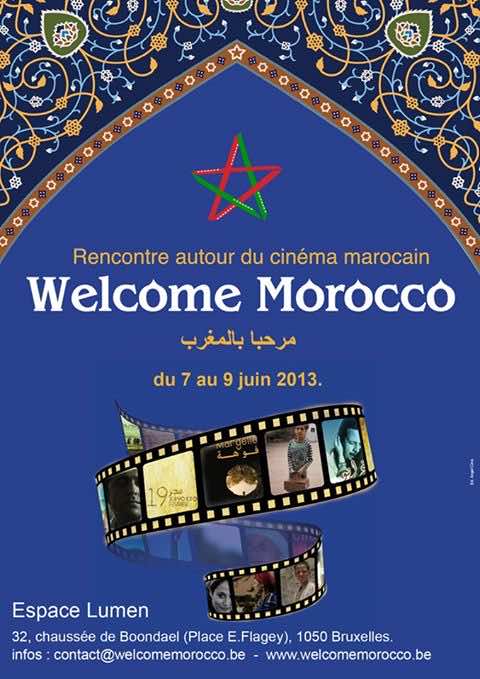 Moroccan cinema which has attracted international attention over the last two decades for its thematic and technical qualities and also for the expansion in the number of films produced annually will be hosted in Brussels from 7 to 9 June, 2013. “Welcome Morocco” is a cultural event that will render tribute to Moroccan cinema and allow the Belgian and European public to explore this emerging cinema through a number of recent films.

To showcase Moroccan cinema in Belgium, encourage the exchange and contact between the public and audio-visual professionals from both countries, and strengthen ties of Moroccans living in Belgium with their country of origin are some of the ambitions “Welcome Morocco” aims to achieve.

The films to be screened, which vary in terms of theme and style, were chosen from the recent productions of 2011 – 2012 and they are the best of aspiring filmmakers who present a different cinematic view of Moroccan society.

Among these films are “La Cible” by Mounir Abbar, “La malediction” by the British filmmaker of Moroccan origin Fayçal Boulifa, “Le Danseuse” by Abelillah Eljaouhary and the feature film “Agharrabou” by Ahmed Baidou.

The question of how to address the challenges related to the operation and distribution of Moroccan cinema in Belgium will be investigated by professionals and the public. Morocco, in fact, annually produces about twenty feature films and about fifty short films but these films find no distributors in Europe.