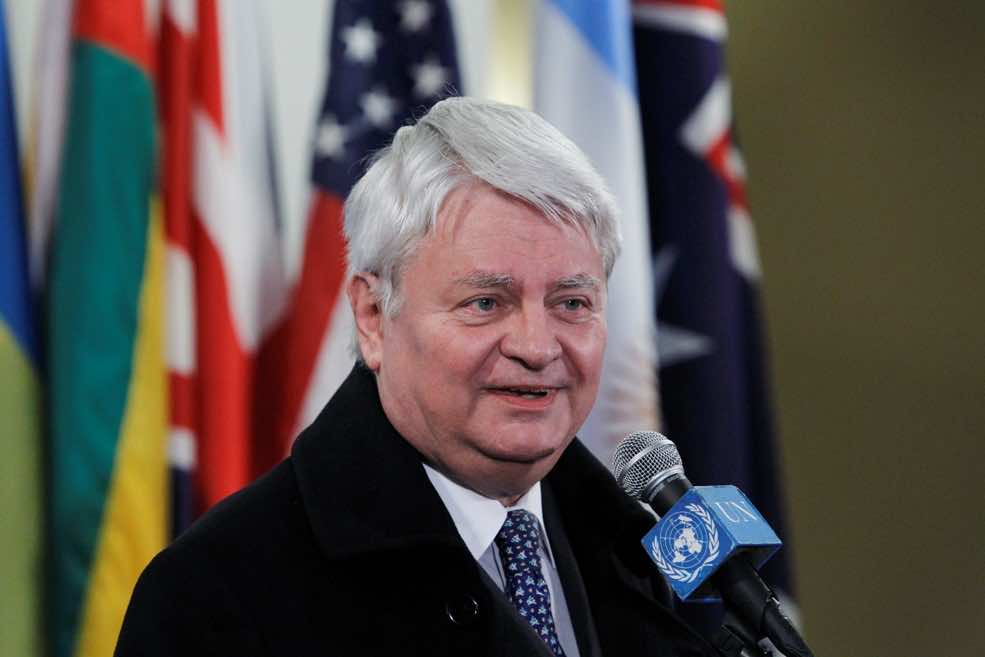 The history of United Nations peacekeeping is one of innovation and adaptation. Until some twenty years ago, UN peacekeeping seemed a more straightforward affair. Blue Helmets were deployed to monitor ceasefires – usually between warring countries. Their role was clear: they observed, reported breaches and facilitated solutions.

To meet these challenges, UN peacekeeping has developed a multi-dimensional approach that brings together military, police and civilians working in various areas, including rule of law, human rights, protection of civilians. But, as we prepare to meet new demands – from the Democratic Republic of Congo (DRC) to Mali, and possibly Somalia and Syria – peacekeeping will come face to face with two fundamental truths:

First, UN peacekeeping cannot substitute for a political agreement. Peacekeeping interventions must be underpinned in a clear political frame.

In the DRC for example, the Peace and Security Framework endorsed by 11 countries is an indispensable platform for the United Nations Stabilization Mission in the DRC (MONUSCO) efforts to break the recurring cycle of violence.In Mali, much work remains to be done to engage all parties in a process of political reconciliation that will frame and inform the work of the United Nations Multidimensional Integrated Stabilization Mission in Mali (MINUSMA) to support security and protection of civilians.

Second, UN peacekeeping needs more and better tools and skills. We must ensure our missions are given the resources they need to ensure full awareness of evolving situations and to respond appropriately.

In eastern DRC, where armed groups continue to threaten millions of civilians, we are responding with a new Force Intervention Brigade and the use of unarmed, unmanned aerial vehicles to monitor the movement of armed groups that pose a threat to civilians. These tools will give our peacekeeping mission a tactical edge, rapid mobility and stronger deterrent effect.

These new approaches are raising concerns that UN peacekeeping is tilting towards war fighting. This is not the case. Our Security Council mandate is clear: the use of force by our peacekeepers in the DRC is the exception, not the rule in UN peacekeeping.

The changing nature of armed conflicts demands changes in the capabilities of UN peacekeeping. Increasingly, UN peacekeepers operate in high-risk environments, where the quest for peace and stability is elusive. But, as UN peacekeeping addresses the nature of 21st century conflict, adapting to these new contexts constitutes an evolution, not a revolution.

We stand on the core principles that have guided peacekeeping since the 1950s to act impartially in support of peace and operate with the consent of the parties. We use force only in self-defense and defense of a Security Council mandate. But, we must also be prepared to confront spoilers at the margins of a peace process.

In Mali, we are deploying a new mission into a volatile environment, where bleu helmets will face the threats of improvised explosive devices and suicide bombers in what has become known as “asymmetrical warfare.” They are at high risk of becoming collateral victims and sometimes direct targets of escalating conflicts and warring parties. MINUSMA is deploying alongside the parallel French responsible for counter-terrorism and enforcement actions.

As we pause on the International Day of UN Peacekeepers (29 May), to pay tribute to our fallen colleagues, we also pay tribute to the unique peacekeeping partnership – those who contribute the financial, human resource and material support. Thanks to this unique partnership, United Nations peacekeeping continues to evolve and remains a relevant tool to address modern conflict. Despite the threats, old and new, UN peacekeepers continue to do what they do best: go where others cannot or will not go to help people and communities in conflict. We uphold, as ever, our solemn pledge to rise to this challenge.