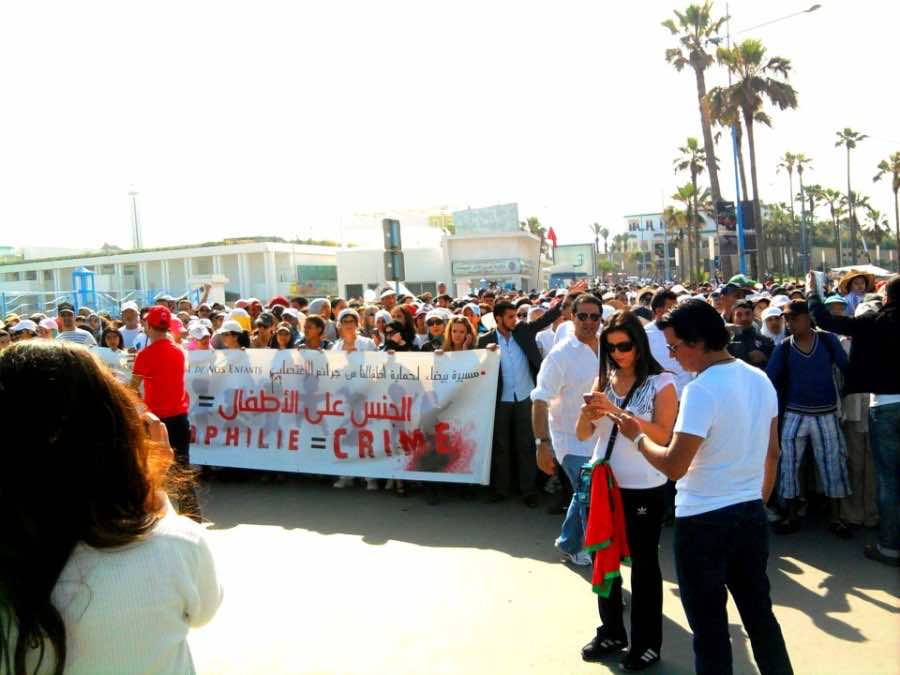 In response to the continuous protests by Moroccan citizens and a number of campaigns waged by activists and associations against pedophilia in Morocco, the government move? towards the adoption of a convention for the protection of children from pedophilia and sexual exploitation. Recently, the parliament received a draft law from the government by which Morocco agrees to the European Council’s convention on the protection of children from sexual exploitation and sexual abuse signed in Lanzarote on October 25, 2007.

The convention which the parliament is expected to discuss in the coming days is considered the first of its kind that responded to all forms of sexual violence against children, including child prostitution, child pornography, etc. Morocco recently has become a fertile place for such practices especially in cities like Marrakech, Agadir and Rabat.

The aforementioned convention is based on four principles; the prevention and combating of sexual exploitation and sexual abuse against children, the protection of the rights of children victims of sexual exploitation, the prosecution of the child molesters and the promotion of the appropriate legal measures through national and international cooperation and finally the fight against all that would be an insult to the child’s human dignity or a threat to his/her physical, mental and psychological health.

In addition to civil society’s mobilization against the phenomenon of pedophilia and sexual exploitation of children, voices began to rise from within the parliament asking for the enactment of strict laws and sanctions against the perpetrators of pedophilia and children sexual exploitation. The Democratic Progress group in the parliament has recently addressed an urgent message to the president of the parliament Mr. Karim Ghalab asking him to expedite the process of enacting restraining laws against child abusers.

The Democratic Progress group in its proposal insists on tightening sanctions against the perpetrators of child sexual abuse and the implementation of the deterrent provisions and measures against pedophilia criminals. The sanctions, the Democratic Progress insists, should range between 20 and 30 years imprisonment if the perpetrator is a family member of the victim, has authority or custody over the victim, a religious official, a paid servant, or anyone who was supported by another person or other people in his crime.