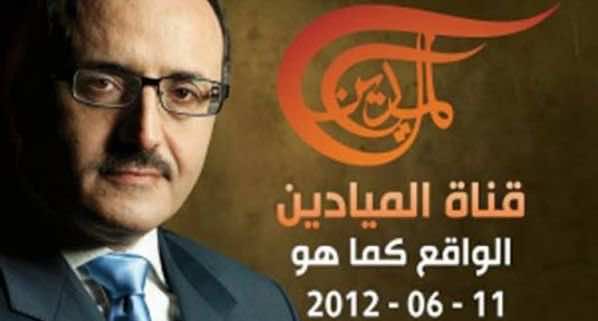 After nearly a year and four weeks of waiting for the permission to work as a correspondent for Al Mayadin channel and to open an office for this channel in Morocco, Ahmed Jalali found himself obliged to send a letter to the Minister of Communication asking him about the reasons depriving him from his desire to work from Morocco.

In this letter, a cipy of which was obtained by MWN, Jalali writes that “waiting without any clear response from the ministry has harmed the image of the Minister, his government and his party and also the image of Morocco from the perspective of Al Mayadin’s administration.”

Furthermore, this journalist, who was expected to be the director of Al Mayadin’s office in Rabat, mentions his bitterness about making a whole team of journalists lose the opportunity for employment and income to support their families.

In addition, he holds the Minister responsible for losing this “golden” opportunity especially given that the TV channel concerned “has no hidden agenda to soil the image of Morocco.” On the contrary “this channel respects the king of Morocco, the kingdom and its people” asserted Ahmed Jalali, who is also the Secretary General of the Moroccan Journalists Union.

Expressing his feeling about not obtaining permission to work from a bureau in Morocco, Jalali told MWN: “I feel frustrated at two levels. At the personal level, I lost my time—nearly a year and a four weeks waiting in vain. They deprived me and many other journalists from a great opportunity to work in the field of television. At the second level, feel frustrated by a government that has lied to the people and a minister who lacks the ability to decide. I can no longer believe what is said about the freedom of the press in our country and I will never believe any governmental discourse after what has happened”, stated Ahmed Jalali.