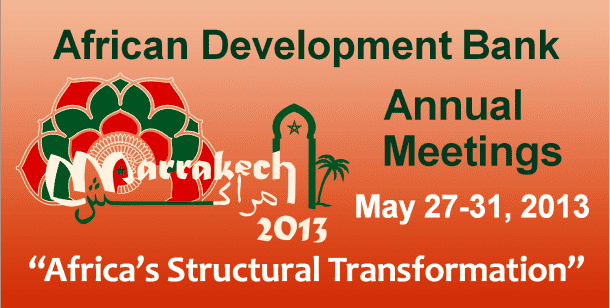 The 48th annual assemblies of the African Development Bank (AfDB) opened here this Thursday under the theme “Africa’s Structural Transformation”.

The official opening session held in the presence of eminent personalities, including governmental officials, AfDB top executives and Moroccan and foreign experts heard a message addressed by the king Mohammed VI to the participants.

The royal message was read out by the Sovereign advisor Omar Kabbaj.

More than 2,700 delegates including African Finance Ministers, Central Bank Governors and CEOs from the Bank’s 78 member countries are attending the Marrakesh meeting of the AfDB.

Key sectors to be discussed include infrastructure, climate change, the private sector and governance.

Delegates representing other multilateral finance institutions, private sector chief executives, civil society organisations and journalists are also attending. High-level talks and discussions and other events will deliberate on the continent’s economic, social and political issues and how they can be leveraged to sustain the continents economic growth.