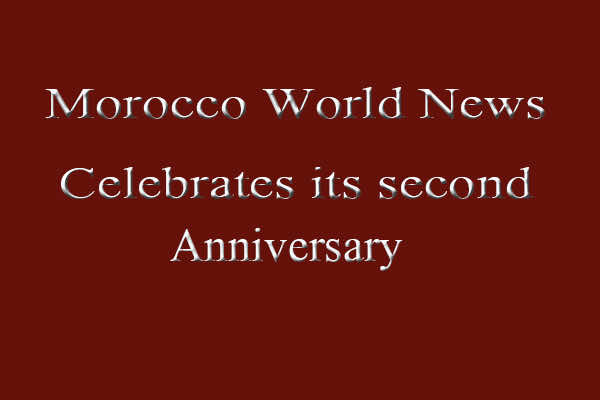 As Morocco World News celebrates its second anniversary, I thought it would be a good ideas to write about these three main words that have been sleeping with me and waking me up for the last year and a half that I have spent reading and writing for this news website.

This was a chance for me to write about my country and to be serving my fellow citizens and readers. Writing for Moroccans and about Morocco has enriched my knowledge about our country and its people. I felt the vitality of being a soldier who writes about the needs, the desires and the dreams of Moroccans. And by writing about this, I was but writing about myself and my beloved country.

We all tried our best to be the pens of the illiterate and the schooled, the voice of the poor and marginalized the history of those who are in marginalized places and the defenders of those who have none to defend them. Our main objective is to say the truth and to fight depression, injustice and the citizen’s disrespect and exploitation all over the country. We also tried to share our cultural and linguistic values with the world. We shared what we know with those who do not know who we are. We depicted some cultural aspect of our country in a way that respects our national identity and cultural diversity. We tackled the subjects of Arabs and Amazigh in a very professional way.

We published different articles about Moroccan music, cinema, food, and habits, religious and linguistic co-existence between Arabs, Amazighs, Muslims and Jews in a way that shows our country as it is: a country where everybody respects everybody and where we should strengthen the values of peace, love and cooperation.

We wrote about all kinds of news that touches the lives of all the people from all walks of life. We wrote articles and reports about teachers and teaching, doctors and hospitals, the raped and rapists, scholars and ministers, villages and cities, hills and mountains, South and North, sports and economy, politics and society. A whole team trying to shed light on all aspects of Moroccans’ lives wherever they are: both inside and outside the Kingdom.

Nearly two years of hard work, teamwork and daily homework have made us discover the ability of doing the impossible, of being read where you have never dreamed to be read, and of changing what seemed unchangeable and untouchable. The journey is full of moments of misunderstanding, hot discussions and debating. This is just the beginning, and surely, the Baby is growing and the project is flourishing.

After a decade of working as a teacher of English in Smara, in the south of Morocco, at last, the moment arrived that introduced me to Brothers Samir and Adnane who invited me to share my ideas and thoughts with the world. They opened the window of Morocco World News for me and for many others to have a say in what happens and to be heard.

When the brothers in New York wake up, we the team of Morocco go to sleep and when they go to sleep, we get up to publish and share the articles with our readers worldwide.

Our objective has been shared in hearts and minds to encourage the members of the English community in Morocco to express their opinions and voice their pains and joys. It is an objective that we are working to promote and spread.

As the English Version reached its second anniversary, the mental womb of its founders has given birth to its Arabic sister.. The minds of Moroccans are fertile. We lived the Moroccan Spring, and still we will live all its seasons. Thank you so much brothers Samir and Adnane who are living far from home and far from the country but who are living the Moroccan dream inside the land of the American Dream.

Happy Birthday Morocco World News. With every dawn and every year, Morocco World News will bring you the news of Morocco and the world. Thanks everyone who is making us live this dream and live from it and for it. God bless you all, founders, contributors, writers and readers too. Without you, we would not be here and without us, you would not be reading us. Let’s make it for the best. Yes, we can, as President Barack Obama once said.