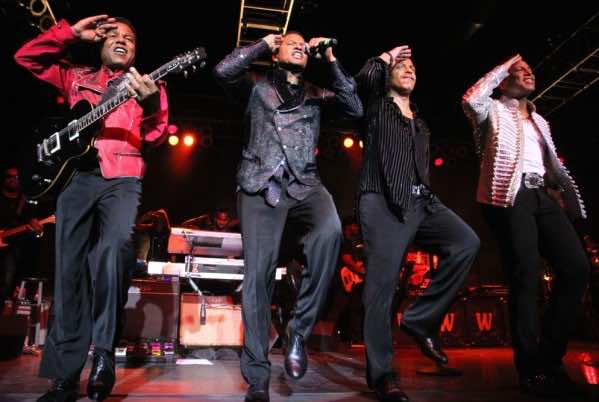 Mawazine Festival: the brothers give a concert in memory of Michael Jackson On Tuesday night, The Jacksons, the legendary soul figures from Tamla Motown label, gave a spectacular show on the Souissi stage in Rabat, as part of this year’s Mawazine Festival.

The Jacksons injected an incredible energy into their audience, as they gave a soulful show in memory of their brother, the legendary Michael Jackson, whose inimitable voice contributed to the heyday of Jackson Five in the 1970s.

The legendary American soul group combined both the energy of pop music and the sensibility of soul melodies to impart a special feeling to the numerous fans who attended their show. “The Jacksons remind me of my childhood,” shared a Moroccan fan in a nostalgic tone.

“The fact that a lot of ordinary people were able to enjoy this quality concert by The Jacksons for free,” shared a foreign festivalgoer, “demonstrates that the festival organizers care also about people who can’t afford to attend other concerts. I don’t think any other international festival in the world would allow those who cannot afford concert tickets to attend such great concerts,” she added.

The Jackson brothers kicked off their concert with “Can You Feel It” before moving on to an array of medleys and a series of reinterpretations of the biggest titles of their musical careers, namely “Good Times”, “ABC”, “I Want You Back” and “I Will Be There.” The Jacksons culminated their unforgettable concert with their mega-tube “Shake Your Body,” which they sang along with their faithful fans in Morocco, who did not hesitate to imitate the Jacksons’ dance moves as they rocked the stage one last time.