The presiding judge at the trial of a young Tunisian woman with the topless protest group Femen said on Thursday that she will face fresh charges, including indecency, and ordered her to be remanded in custody.

The judge told AFP that the young woman, who had been on trial for illegal possession of pepper spray, would be prosecuted for indecency and desecrating a cemetery, and that she would face a new hearing on June 5.

Mokhtar Janene, the lawyer for Amina Sboui, confirmed that an order had been issued for her to be detained. 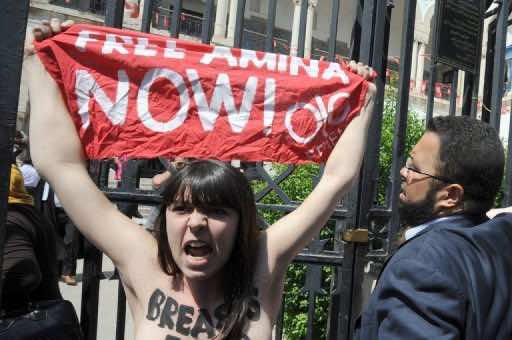