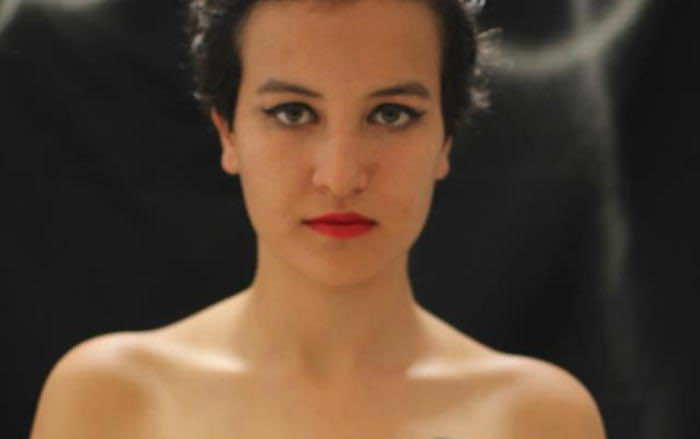 A Tunisian judge on Thursday announced fresh charges against a young Tunisian woman with the topless protest group Femen, as three Europeans began a second night in custody after baring their breasts.

Amina Sboui, better known by her pseudonym Tyler, was remanded in custody and would be charged with indecency and desecrating a cemetery, crimes punishable by up to two years in jail, the presiding judge told AFP.

Her next hearing has been set for June 5.

Sboui had gone on trial for illegal possession of pepper spray in Tunisia’s religious capital of Kairouan, where she was arrested earlier this month after painting the word “Femen” on a wall near a cemetery.

No verdict has yet been announced on the pepper spray charge.  Separately, the justice ministry said three European members of Femen arrested on Wednesday for baring their breasts outside the central court in Tunis to demand Sboui’s release will remain in custody.

“They will remain in detention until they are brought to trial,” ministry spokesman Adel Riahi said of the two French women and one German, without specifying what charges they would face.

Their protest was the first of its kind in the Arab world and shocked many in socially conservative Tunisia, where Muslim extremists have become increasingly assertive since the country’s January 2011 revolution.

The Femen-France Facebook page said the date of their trial would be known on Friday.

Sboui sparked scandal — and also a wave of international support — for posting topless pictures of herself on Facebook in March, incurring the wrath of radical Islamists.

Her mother, whom the young woman accused of holding her in captivity, described her to the media as someone who suffers from chronic depression and has suicidal tendencies.

But before Thursday’s trial, Sboui’s father Mounir said he was “proud” of his daughter for her ideological commitment, while also describing her acts as excessive.

“It is a political process,” Sboui herself told AFP at the end of Thursday’s hearing, which opened in a tense atmosphere, with angry residents of Kairouan gathering outside the heavily guarded courthouse.

They shouted insults at the young woman’s lawyers, and were joined by dozens of Islamists, notably the spokesman of Tunisia’s main Salafist group Ansar al-Sharia, who was furious at not being allowed to attend the trial, where extra security was deployed.

Seifeddine Rais said the accused could “go to hell”, while members of his extremist group chanted: “The people want the application of Islamic law.”

Tensions were also palpable inside the courtroom, where several lawyers claiming to represent Kairouan residents joined in demands for heavier charges to be brought against the accused.

“There was a desire to sow trouble and sedition in Kairouan and we want the file to be transferred (on this basis) to the public prosecutor. It is not just a case of possessing pepper spray,” lawyer Hamed El Maghreb said.

Tunisia, whose ruling coalition is headed by the Islamist party Ennahda, has the most liberal laws in the Arab world governing women’s rights, although gender equality has yet to be inscribed in the new constitution.

Since the revolution that ousted Zine El Abidine Ben Ali in 2011, the country has been rocked by a wave of violence blamed on hardline Islamists who were repressed by the staunchly secular former dictator.

Opposition parties and feminist groups accuse Ennahda of seeking to roll back women’s rights and of being too lenient on the extremists, although the Islamist party has opposed enshrining Islamic sharia law in the constitution.

The latest edition of the proposed text, drafted in April, states that “all male and female citizens have the same rights and duties”.