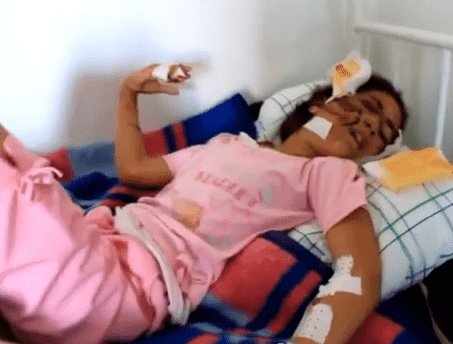 Morocco is one of the most influential countries engaging in bold and public debates about the issue of raping children and its tragic consequences on the social, physiological and psychological level. Despite the Moroccan government’s efforts, the increasing numbers of raped children that we hear about nowadays makes us doubt the role of Moroccan organizations in reducing sexual abuse against children.

The perplexing questions for me, as for other citizens, are: Do the ones responsible for the safety of society pay attention and examine the subject matter carefully? What role does the media play in this epidemic? Or are televised programs too busy with showing political mud-slinging and artists singing and dancing that there is no room for such a serious issue?

Everyone was shocked by the explosion of Wiam’s scandal and the heinous crime committed against her by a monster disguised as a human being. This person showed no mercy toward the innocent 9-year-old. Many people still wonder how he dared to stab her face by a scythe in a moment of uncontrollable rage. How can a person ever threaten a child with such ruthless brutality?

We felt sorry for Wiam as we felt sorry for Amina El-Filali. And, before both of them, we were saddened by the infamous crimes of the ‘Taroudant Murderer’. These sad events are countless. These days, the advantages of the internet and social networks have really exposed our bitter reality and revealed a hidden phenomenon. Up until only recently, matters like these were considered taboo and were not discussed.

We should engage more actively to fight this abuse and to create effective intervention for the victims. Many people blame the law for not being harsh enough to properly punish the criminals. The laws are weak and they do not protect the victims from abuse. If the laws were harsher, clearer and reinforced, then the perpetrators would not think to commit such crimes. When lenient sentences are applied to offenders, it encourages others to commit the same act.

In addition, education can also play a key role in fighting against sexual abuse. For instance, establishing a good sex education for our children at an early age is a good first step towards the solution. It will help them better understand the changes that happen to their bodies and give them a measure of immunity against attempts to exploit them. Moreover, getting them suitable sex education according to their age could make all the difference as they wouldn’t have to seek answers from the wrong sources, preventing them from being sucked into a vicious cycle.

Another point that should not be forgotten is the role of parents in educating their children. Unfortunately, many parents have resigned on their roles and duties. We find them only bringing food for their children without allowance for any effort to keep tabs on what’s going on in their children’s lives. Indeed, the most crucial thing is for parents to be close to their children and to be in tune with their children’s primary psychological needs.

Civil society is a need, not a luxury. Society has powerful resources—we want to see proactive, not reactive responses so we can stand together to solve this ordeal. This requires long-term plans that will make offenders understand that we will not stand for their abuse. We hope to see an end to the raping and injuring of children. We wish the tragedy of Wiam to be the last.