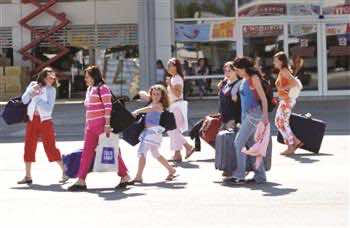 Iranian tourists are expected back in Egypt on Friday after a two-month moratorium on visas for travellers from the Shiite country following hardline Sunni Islamist protests, an Egyptian official said.

A plane owned by private Egyptian carrier Air Memphis flew to Tehran to bring the tourists to Aswan in southern Egypt, said Sherif Ibrahim, chairman of the Civil Aviation Authority.

The tourists will visit pharaonic sites, he added.

Egypt’s civil aviation minister, Wael al-Maadawy, had already indicated the flights would resume after their suspension in April, just a month after the first commercial flight from Tehran to Cairo in decades.

Both Morsi and Iranian President Mahmoud Ahmadinejad have visited each other’s capital in summits.

But rapprochement between Egypt and Iran following a 2011 uprising that overthrew president Hosni Mubarak has been bitterly opposed by Egyptian Salafists.

They have held protests against allowing Iranians to visit Egypt, itself once ruled by the Shiite offshoot Fatamid Dynasty centuries ago.

Egypt and Iran severed ties after Iran’s 1979 Islamic revolution, which was deeply hostile to Cairo’s peace treaty with Israel.

Egypt’s powerful intelligence agency has been deeply suspicious of Iran, and Mubarak’s government before his overthrow accused Tehran of plotting attacks in Egypt.