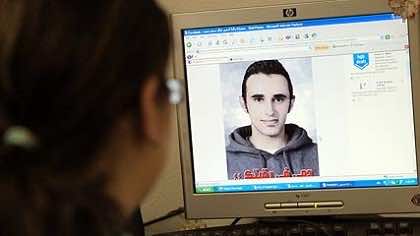 An Egyptian court on Saturday ordered the release of two policemen accused in the 2010 death of Khaled Said, who became a symbol of the fight against police torture, judicial sources said.

In the opening hearing of the retrial of Mahmud Salah Mahmud and Awad Ismail Suleiman, the Alexandria Criminal Court ordered both men freed because their preventative detention had expired.

The two had been sentenced to seven years in prison in October 2011 and an appeal against their sentence was accepted the following year.

According to witnesses, Said was approached by the two plain clothes officers in an Internet cafe in Alexandria in June 2010.

They demanded to search him, but when he refused they dragged him out and beat him to death in plain view of passers-by.

Pictures of his bruised and battered face were posted on the Internet, causing a national outcry.

Said’s death sparked mass protests around the country, and a Facebook page dedicated to him — “We are all Khaled Said” — helped launch the uprising that toppled veteran President Hosni Mubarak in February 2011.

Anger against routine police abuse and torture were a driving force behind the massive popular protests that ousted Mubarak.