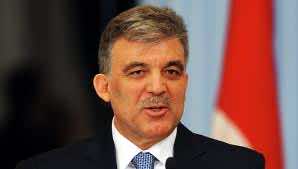 Turkish President Abdullah Gul on Saturday called for “common sense” to prevail as violent protests against the redevelopment of Istanbul’s Taksim square reached a “worrisome level”.

“We all need to be mature in order for the protests… which have reached a worrisome level, to calm down,” Gul said in a statement released by his office, calling on the police to “act in proportion”.