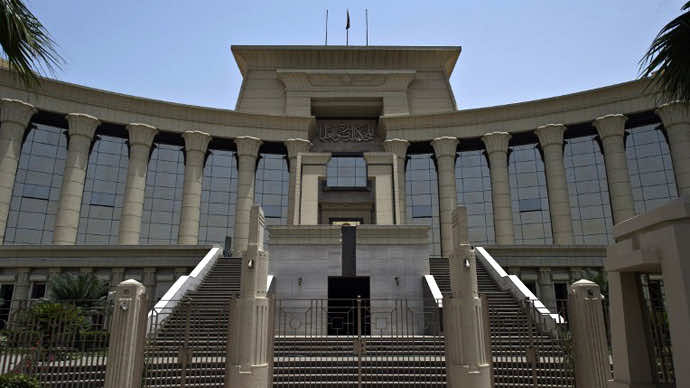 A court ruling that Egypt’s legislature is invalid deals a political blow to President Mohamed Morsi but on the ground little will change, analysts say.

The Supreme Constitutional Court (SCC) on Sunday ruled that the law governing the elections of the Shoura Council was unconstitutional, as were the rules for the selection of the members of a committee that drafted the constitution.

Despite the ruling, the presidency said the Shoura Council, which took a legislative role when parliament was dissolved, would maintain its powers until a new lower house is elected later this year.

The SCC decision could however embolden the opposition ahead of mass anti-Morsi protests planned on June 30, when the president marks one year in power.

A crippling economic crisis and widespread insecurity since the uprising that toppled Hosni Mubarak in 2011 have already weighed on the Islamists in power.

A petition seeking to withdraw confidence from Morsi, which the organizers claim has garnered several million signatures, has been circulating for several weeks.

While the decision does undermine the Islamists’ legitimacy in state institutions, on the ground the status quo remains.

“All sides will find what they want in this ruling,” said political analyst Hassan Nafea, a professor at Cairo University.

The opposition will be encouraged by the ruling to continue attacking the Islamists’ grip on power, “but concretely it doesn’t change anything,” Nafea said.

Egypt’s independent daily Al-Tahrir summed up the impact of the judgement in its front-page headline : “Everything is invalidated, everything carries on.”

But the presidency said the Shoura Council will “maintain its full legislative role” and remain in place until a new house is elected.

Before Sunday’s court ruling, the Shoura Council was examining several bills contested by the opposition, including a draft law regulating civil society groups in the country, as well as a law on the judiciary at the heart of a row between judges and the ruling Islamists.

Even if the Shoura Council is allowed to pass these laws, the ruling adds pressure to its members who are already facing criticism for not being inclusive.

As for the constitution, it will remain in place despite the court ruling because it was adopted by a popular referendum, the presidency said.

The text, which was criticised by Morsi’s opponents for failing to represent all Egyptians, was adopted by a popular referendum in December marked by low voter turnout.

“The constitution, which the people voted for and was approved by a majority, is the reference that must be applied, defended, protected and respected by all state institutions,” the presidency said in a statement.

“Naturally, (the presidency and the ruling Islamists) are not happy with yesterday’s ruling, but at least they got the results on the ground they wanted — which is that the Shura Council remains in place, despite its invalidation,” said Emad El-Din Hussein, a columnist for the independent daily Al-Shorouk.

“The ruling gave the opposition a strong card, it removed the (Islamists’) political legitimacy, which is likely to worry the Islamists and those in power,” Hussein said.