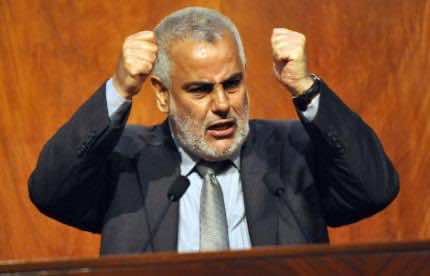 In a parliamentary session held on Friday, Morocco’s head government stressed his determination to go ahead with economic his reforms, and pointed out that the country cannot keep spending beyond its capacities.

Meanwhile Moroccan economists considered that the government move subscribes to a large scale austerity policy requested by the IMF as part of the structural adjustments package concomitant with the IMF precautionary line.

Mr. Benkirane added: “We prefer to govern in total transparency. I can assure you also that we are determined to undertake the drastic reforms promised namely for the compensation fund, the retirement fund as well as tax reforms and justice”

The head of government made it clear that “there are many tough measures required by the urgency of the current situation and that have to be made though they may not please many.”

In his address to the House of Representatives, in the absence of the opposition parties, Mr. Benkirane announced also that the external debt has reached MAD 60 billion. He argued that Morocco is bound to honor its commitment to the creditors to win their trust.

Sounding a confident tone, Mr. Benkirane said: “I came to this position to implement real reforms, and I will do it whatever it takes.”

Morocco had received $ 6, 2 billion precautionary line granted by the IMF in order to meet actual or potential imbalance of payments.