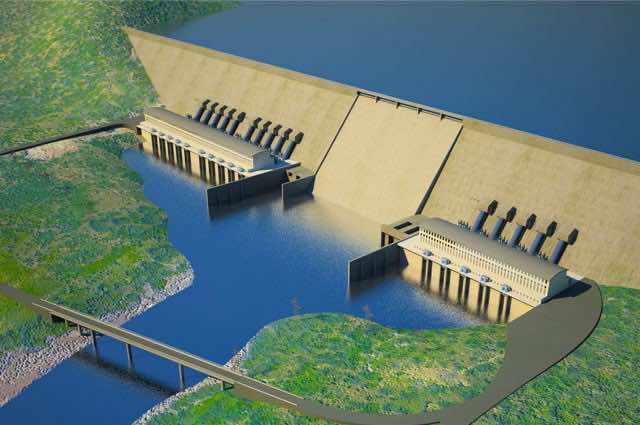 By
Staff Writer
-
Jun 3, 2013
Spread the love
CAIRO, June 03, 2013 (AFP)
President Mohamed Morsi Monday warned that Egypt would not allow its share of the Nile to be diminished by “one drop” after Ethiopia began diverting the Blue Nile as part of a giant dam project.
“We cannot let even one drop of Nile water be affected,” Morsi said during talks with political and religious leaders broadcast live on state television.
The talks revolved around a report of a tripartite Egypt-Sudan-Ethiopia commission on Ethiopia’s decision to divert the Blue Nile for a massive dam project, sparking fears of a major impact on downstream states Egypt and Sudan.
“It is necessary that we take steps to ensure Egyptian water security,” Morsi said on his official Twitter account without elaborating.
“The current situation necessitates unity among our ranks to prevent any threat against Egypt.”
Egyptian officials estimate that Ethiopia’s move is largely technical and will not alter the water flow that is vital for both Egypt and Sudan.
But Khaled al-Kazzaz, an adviser to Morsi, said the issue was one of “national security” for Egypt, with the cabinet last Wednesday reiterating that Cairo was opposed to all projects which could affect the flow of the Nile.
The Blue Nile joins the White Nile in Khartoum to form the Nile river which flows through Sudan and Egypt before emptying into the Mediterranean.
Ethiopia has begun diverting the Blue Nile 500 metres (yards) from its natural course to construct a $4.2 billion (3.2 billion euro) hydroelectric project known as Grand Renaissance Dam.
The first phase of construction is expected to be complete in three years, with a capacity of 700 megawatts. Once complete the dam will have a capacity of 6,000 megawatts.
Egypt believes its “historic rights” to the Nile are guaranteed by two treaties from 1929 and 1959 which allow it 87 percent of the Nile’s flow and give it veto power over upstream projects.
But a new deal was signed in 2010 by other Nile Basin countries, including Ethiopia, allowing them to work on river projects without Cairo’s prior agreement.