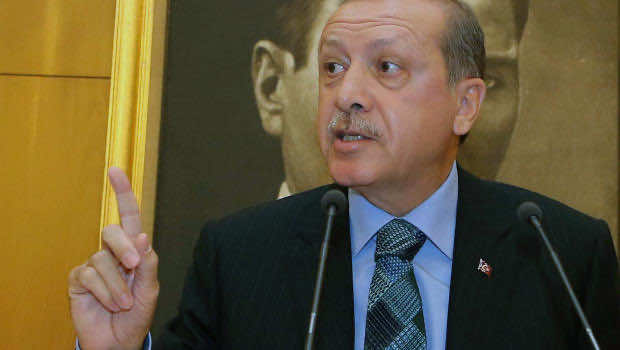 Turkish Prime Minister Recep Tayyip Erdogan said Monday on a visit to Morocco that the situation in his country is “now calming down” despite a fourth day of violent protests against his rule.

“The situation (in Turkey) is now calming down… On my return from this visit, the problems will be solved,” Erdogan told a news conference in Rabat.

The Turkish premier, who flew to Morocco on Monday to begin an official four-day tour of the Maghreb despite the demonstrations in Turkey, accused political “dissidents” of inciting the protests.

“The Republican People’s Party and other dissidents have a hand in these events,” he said, speaking alongside his Moroccan counterpart Abdelilah Benkirane, another Islamist prime minister.

The demonstrations in Turkey started on Friday over an unpopular plan to redevelop a park in central Istanbul but boiled over into general anti-government protests that have since spread to scores of cities across the country, after a heavy-handed initial response by the police.

At least one young protester has been killed since the unrest began, according to medics, and hundreds of people injured during clashes between police and protesters.

“In the beginning, the events were caused by the problem of trees. But then the protesters were pushed by people who failed to win the elections,” Erdogan said in Rabat.

Asked about the more conciliatory comments by his ally President Abdullah Gul, who acknowledged the demonstrators’ right to protest and promised that their voice had been heard, Erdogan again struck an intransigent note.

“I don’t know what the president said, but for me, democracy comes from the ballot box.”

Gul had earlier said that “democracy does not only mean elections,” and called on “all my citizens to… state their objections and views in a peaceful way, as they have done.”

Erdogan’s Maghreb tour comes on the fourth straight day of protests that have turned into the biggest outburst of anger his Islamist-rooted government since it took power more than a decade ago.

The protesters have denounced Erdogan as a dictator and accused him of seeking to impose conservative Islamic values on Turkish society.

Thousands of demonstrators also gathered on Taksim Square, the symbolic heart of the protests that have spread to cities across the country.