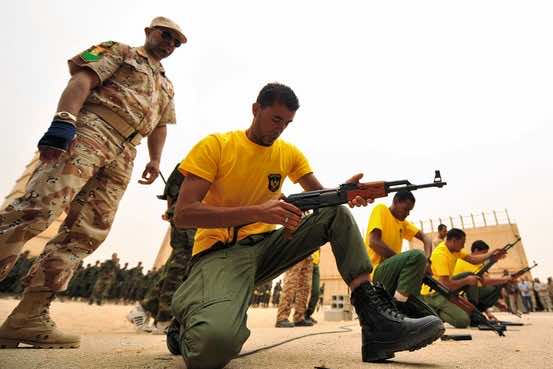 NATO is sending a team to Libya to look at the possibility of training its military, alliance head Anders Fogh Rasmussen
said Tuesday, some two years after NATO helped rebels oust Moamer Kadhafi.

The team will be sent as soon as possible and return by the end of June when the next step will be determined, Rasmussen said.

NATO “together with the Libyans will identify the areas where they think they need advice and areas where we can add value,” Rasmussen said as he went into a two-day meeting of alliance defence ministers.

“Our task is to provide advice,” he said, adding: “Let me stress, this is not about deploying troops to Libya.”

“I believe that this would be a fitting way to continue our cooperation with Libya after we successfully took action to protect the Libyan people two years ago,” Rasmussen said.

A senior US defence official said Monday that ministers would look at the issue, with the EU already having decided to send a civilian mission to help the Libyan government restore full control over its land, sea and air borders.

US President Barack Obama and Rasmussen met Friday and talked “at great length about the way the NATO alliance could perhaps take a greater role on training for the Libyan security forces,” the US official said.

NATO provided air cover and other aid in 2011 to rebels who finally overthrew Kadhafi but since then the government has struggled to restore order fully and to bring the various rebel groups back under its umbrella.

NATO defence ministers will also discuss cyber-security amid a recent increase in hacking attacks, many blamed on China, and review the situation in Afghanistan where the alliance is preparing for its withdrawal next year. 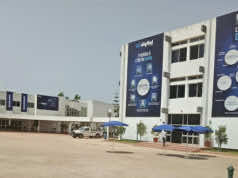